Anitcipationg among Disney fans is high as the unveiling of the newest Disney cruise ship in the Disney Cruise Line fleet approaches — and to celebrate the inauguration of the Disney Wish as well as the eighth anniversary of Broadway’s Aladdin, the Broadway show has just given one audience member a Disney Wish cruise for her and her family!
The 888th person to attend the March 20th showing of Aladdin on Broadway won a cruise for her and three of her family members or other chosen Guests; you can see Aladdin’s Genie Michael James Scott announcing the winner in the video here!
As the Disney Parks Blog put it, the audiences’ “Disney Wish” is their command! However, did you know that Aladdin on Broadway has actually been granting wishes like this for a while now in the form of Aladdin tickets? Even before the Disney Wish approached its time to set sail, the Broadway musical production was giving people Aladdin tickets for free, granting wishes right and left!

Aladdin on Broadway is always a crowd-pleasing Broadway show, just like Frozen on Broadway and The Lion King. Over 14 million people have seen this particular stage production inspired by a Disney animated film — and even though one family has already won the free Disney Wish cruise, don’t despair! 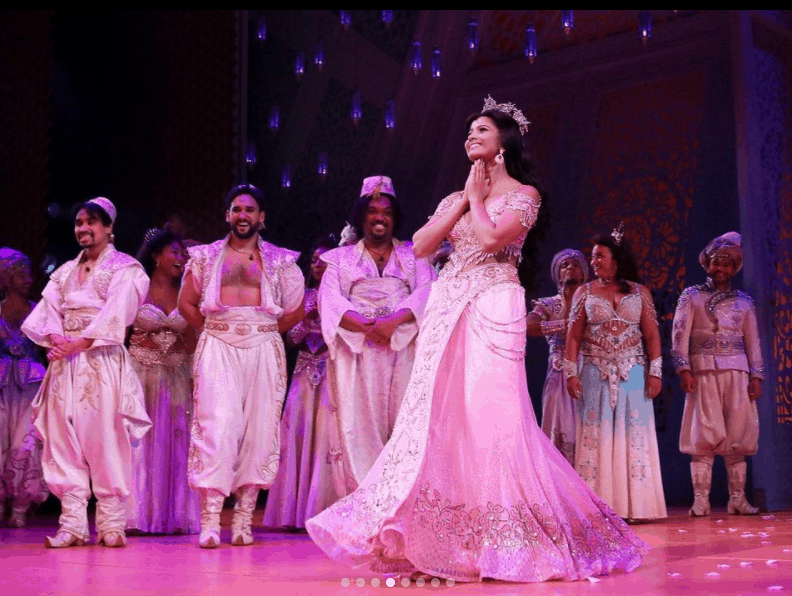 Good Morning America is also giving away five free family vacations onboard the Disney Wish, and if you keep using the Wish Granted hashtag to contact the Broadway production of Aladdin, you might get some free Broadway tickets after all!