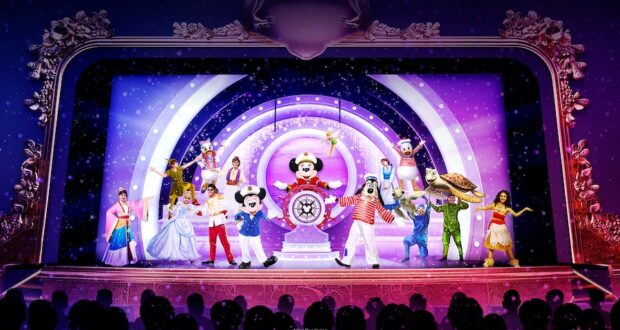 Lots of new entertainment is coming to the Disney Wish, the newest ship to launch from Disney Cruise Line, that will be setting sail this summer! In addition to Disney The Little Mermaid, the Disney Wish will host a new live entertainment adventure featuring Captain Minnie, Goofy, and a variety of favorite Disney and Pixar characters in this original story. 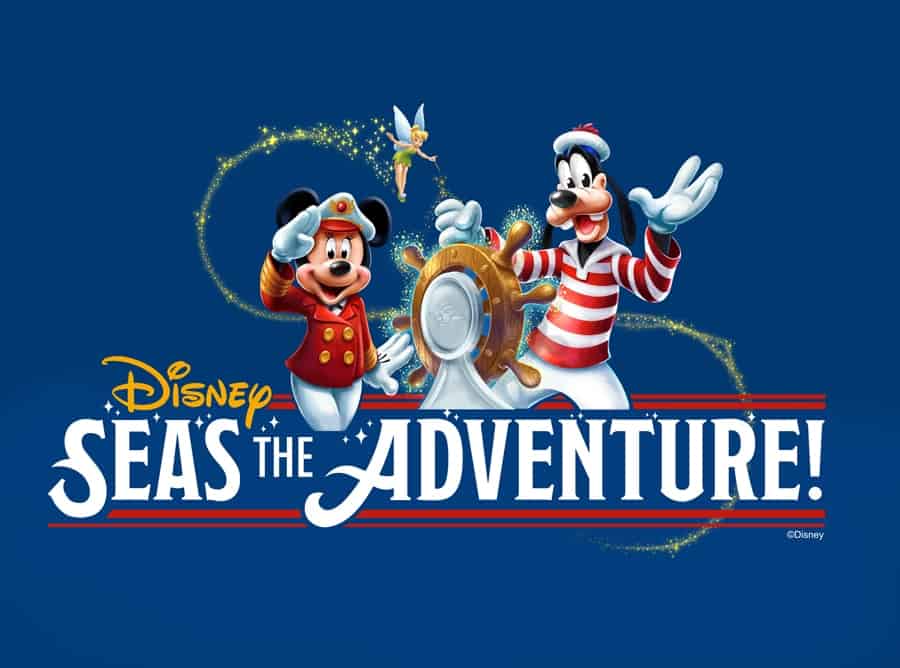 The new show was originally announced at Destination D23, and details of the this Disney Cruise Line story were recently shared by the Disney Parks Blog. The show will kick off with Captain Minnie handing the helm over to Goofy. In true Goofy fashion, the classic character feels a little uneasy about the new responsibility, but with the help of some notable characters, he will set off on a journey through popular Disney and Pixar stories. In the end, Guests will see Goofy prove that he is capable of leading the ship, and he will leave the experience proud of himself for embracing his inner captain. 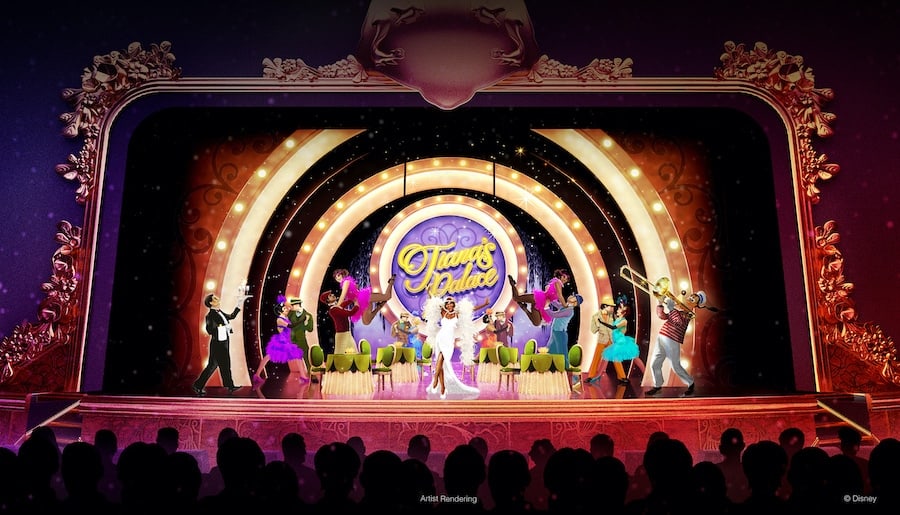 The new production is a musical, so a number of favorite Disney songs will be included in the theatrical experience along with a new original song capping off the show during the finale sequence. One classic Disney song included in the production is “Almost There” from Disney’s The Princess and the Frog (2009), which takes place early in the story when Goofy learns about the payoff hard work can have with Princess Tiana. 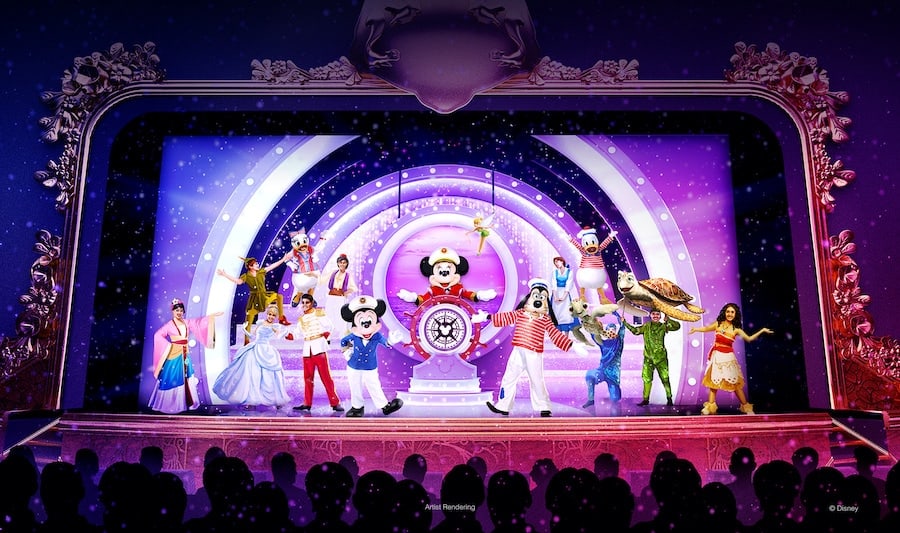 Other musical numbers set to be included in Disney Seas the Adventure include “Go With the Flow,” from Finding Nemo – The Musical at Disney’s Animal Kingdom, a medley performance of “Let It Go,” from Frozen (2013), “How Far I’ll Go,” from Moana (2016), and “Touch the Sky” from Brave (2013) performed by Elsa, Moana, and Merida, a new version of “Go the Distance” from Hercules (1997) performed by the movie’s namesake and other Disney heroes.

And, before the show finishes, the finale will feature an expansive cavalcade of Disney characters all onstage alongside Captain Minnie and Goofy to share an emotional farewell with the audience. For the first time at any Disney Cruise Line performance experience, the characters will lead Guests out of the theater for a truly memorable sendoff after the finale.