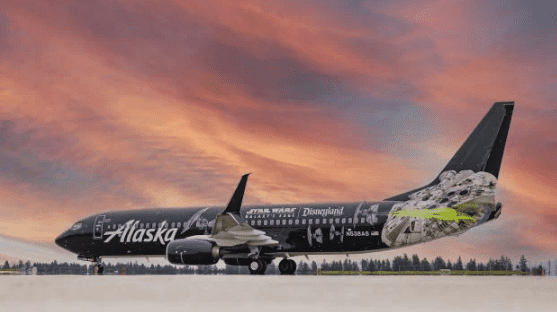 Disney has a long history of working with various airlines on themed planes and the latest collaboration has brought a Star Wars-themed aircraft to Alaska Airlines in celebration of Star Wars: Galaxy’s Edge at the Disneyland Resort. 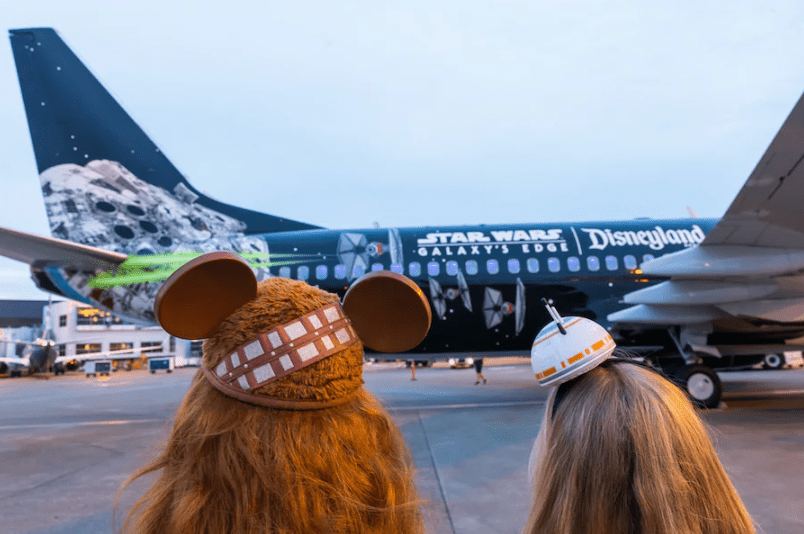 The Disney Parks Blog shared the details of the aircraft, which the airline unveiled on May the 4th, 2022. The all-black plane features artwork of the Millennium Falcon and TIE fighters, all as nods to Disneyland’s Star Wars: Galaxy’s Edge.

The official name of the new Alaska Airlines plane, which is the seventh in the company’s fleet to be wrapped or painted, is “Star Wars Transport to the Disneyland Resort,” so it is sure to inspire Star Wars fans traveling anywhere to consider making Batuu their next destination. 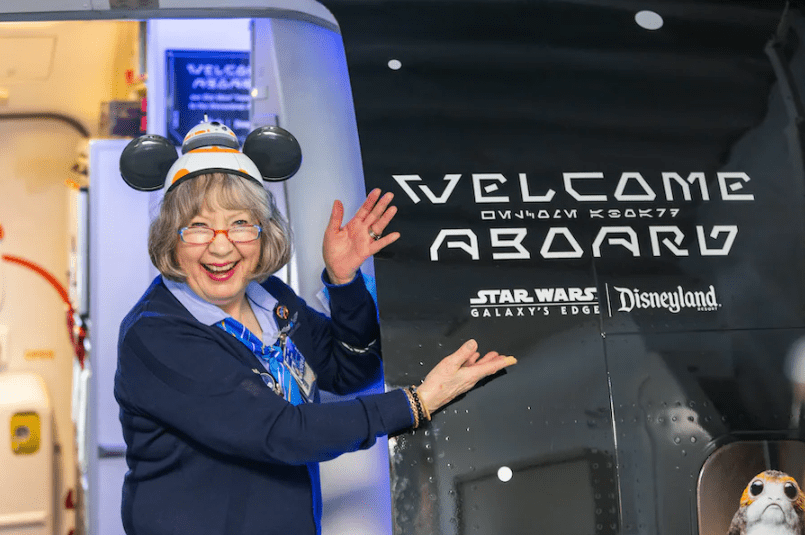 The plane took its inaugural flight after a celebration hosted by Alaska Airlines fittingly on May 4 at the Seattle-Tacoma International Airport. As for its first destination? The plane arrived later that day at the John Wayne Airport in Orange County, CA.

Lucasfilm also joined the project to ensure that each handpainted section of the plane would be completed with the utmost attention to details included in Star Wars stories. The imagery on the plane, like the Millennium Falcon, is of course recognizable to Star Wars fans from its role in the films, but it is also a major part of visiting Star Wars: Galaxy’s Edge. The plane’s fuselage features logos for both the Disneyland Resort and Star Wars: Galaxy’s Edge specifically, while adorable porgs have been designed on both winglets and near the boarding door. 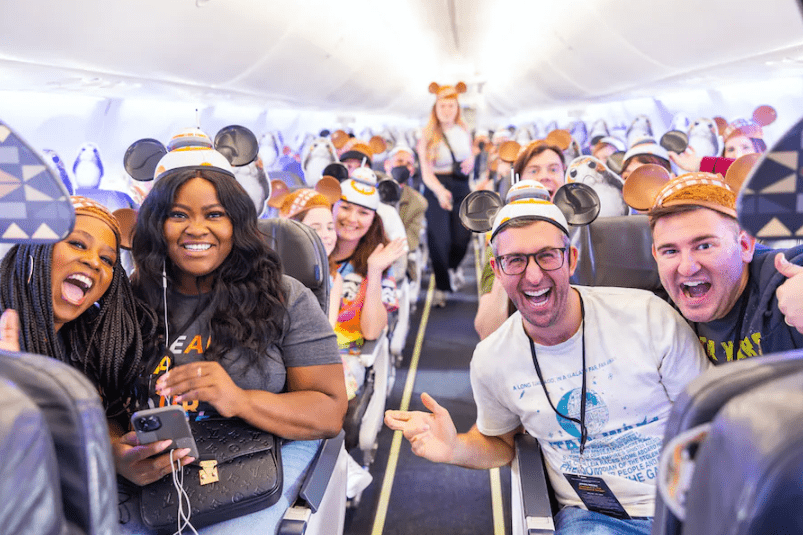 Creating the plane took artists nearly 228 gallons of paint to work with over the course of 27 days, with 23 base colors used in combination with custom colors mixed just for this galactic-inspired aircraft.

Hoping to see the plane for yourself? It is now part of Alaska Airlines’ regular fleet, so it will be traveling throughout Alaska’s network now!