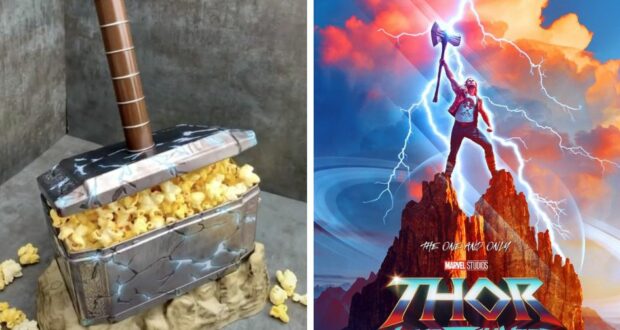 The Thor popcorn buckets representing Mjolnir can be found now!

If you’re a Marvel fan who is excited about the newest addition to the Marvel Cinematic Universe (i.e. the new Thor movie, Thor: Love and Thunder), then you’re probably already planning on buying tickets to see it in a movie theater once the Marvel film premieres on July 8. Now, there is extra incentive to see the follow-up to Thor: Ragnarok in theaters: AMC Theatres will have an out-of-this-world popcorn bucket available to celebrate the Marvel movie’s premiere! 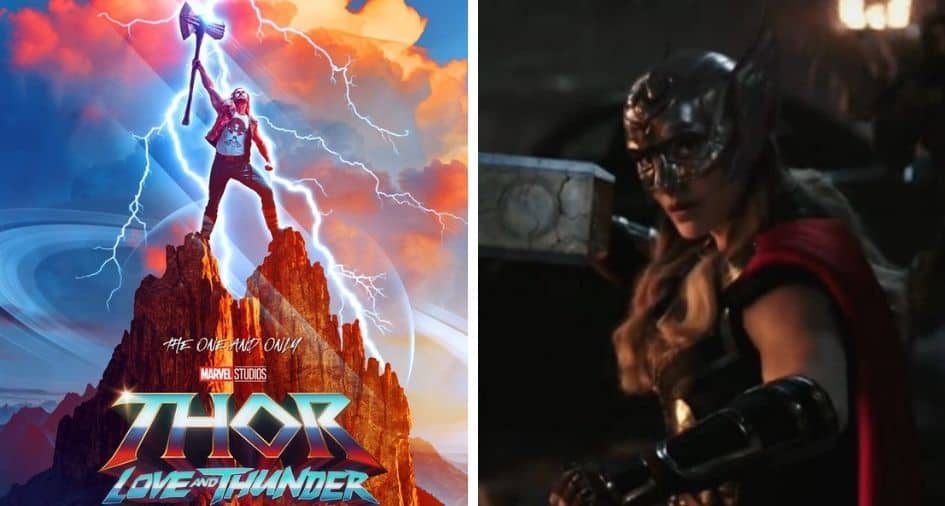 The new teaser poster for ‘Thor: Love and Thunder’ was released alongside the new teaser trailer for the Marvel movie, and Jane Foster made an appearance as Mighty Thor in the new movie’s trailer too! Christian Bale has also been cast as the villain, Gorr the God Butcher. Credit: Marvel

A bucket of buttered popcorn is a staple movie snack for many movie-goers, but as any snack aficionado knows, food is always better when it is served in a fun container! Florida-based journalist Ashley Carter shared an image of the popcorn bucket that fans can expect when they go to see Thor: Love and Thunder in theaters in July (or, at least, AMC Theatres), and Marvel fans will definitely want this memorabilia. Take a look in the Tweet shown below!

AMC Theatres is going to have this popcorn bucket for Thor: Love and Thunder, and I want one. pic.twitter.com/ir8a6cgraC

Thor’s hammer Mjolnir is obviously going to be a strong plot point in the new movie about the blonde Norse god, since Thor (played by Australian actor Chris Hemsworth) is usually known for his singular ability to summon the hammer — until Jane Foster (played by Israeli actress Natalie Portman) shows up as Mighty Thor and reveals that she now has the same ability! Since Mjolnir is so relevant in this Thor movie, it makes sense that AMC Theatres has chosen to highlight the mythical hammer for its concessions souvenir. 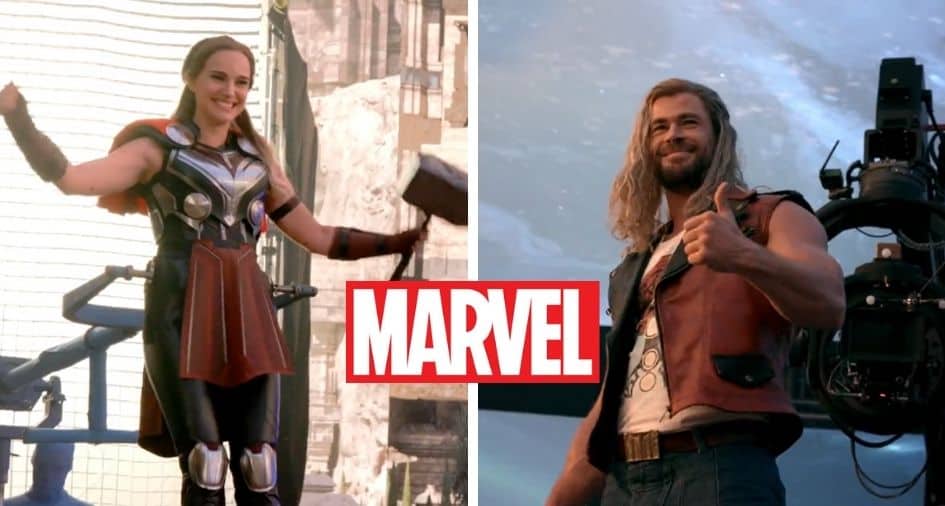 Reusable limited-edition cups and popcorn buckets can always be a fun bonus for audiences attending movies in cinemas, since they’re a novel way to eat movie snacks while watching the new films that match the memorabilia and they also make very handy souvenirs. The design and size of this new Mjolnir popcorn bucket make this particular souvenir an even more fun option than any regular cup or popcorn bucket!

Are you going to see Thor: Love and Thunder in theaters when it premieres on July 8?