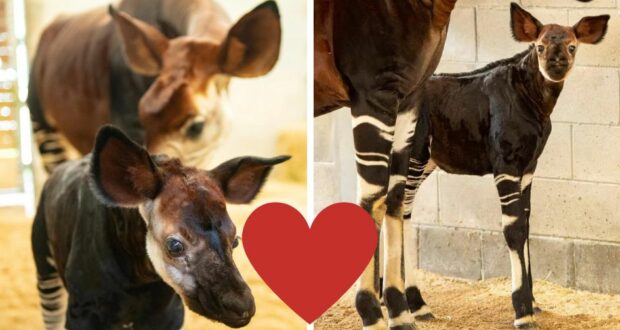 According to the Disney Parks Blog, there is an exciting new member of the Animal Kingdom Lodge family — and this one is a “ghost of the forest”! 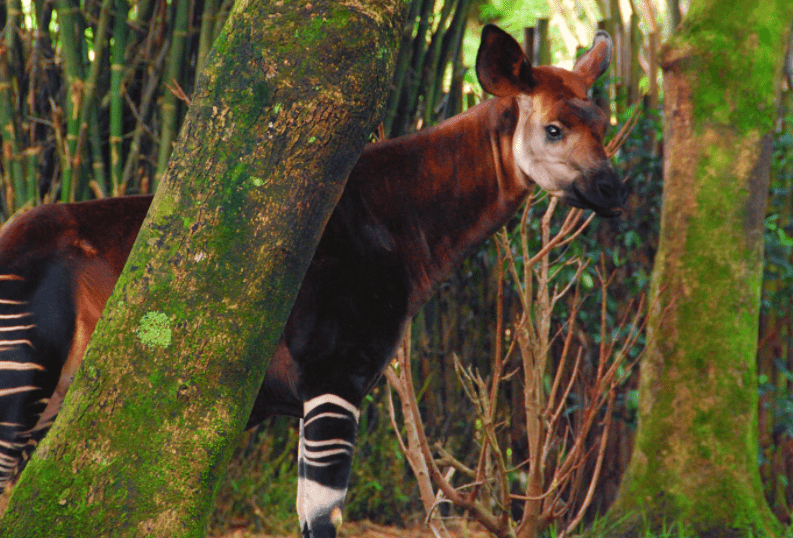 Okapis are famously-shy animals from the Democratic Republic of the Congo. Their stripes might make them seem like zebra relatives, but giraffes are actually okapis’ close kin. The rare okapi is often known as a “ghost of the forest” because they are so hard to spot in rainforest settings — and if you spot one on Kilimanjaro Safaris, it is a real highlight of your Disney vacation!

Okapis are so hard to find that they were actually labeled as mythological creatures until 1901. Now, they are an important symbol in the DRC. Disney’s new addition to the endangered okapi population is named Beni, after a town in the DRC. Take a look at this adorable arrival in the video from Disney, shown below!

As usual, it is human activity that has been placing okapis in danger and has brought their population down to 20,000 (particularly habitat loss due to humans, and poachers). Since October 18 is actually World Okapi Day, the birth of Beni is particularly timely! Congratulations to Beni, his mother Olivia, and the Animal Kingdom Lodge team!