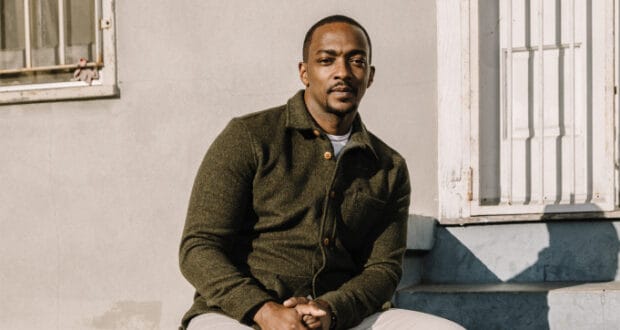 We all know that Marvel’s Disney+ series The Falcon and the Winter Soldier did anything but suck; however, Anthony Mackie was worried when he was first approached about the idea.

Mackie stated, “didn’t want to be the guy in the first Marvel project that sucked.”

He continued on by saying: “It was nerve-racking. I was very shocked and afraid,” Mackie said during a virtual panel with the SAG-AFTRA Foundation about Marvel’s pitch for Falcon and Winter Soldier. “I didn’t want to be the guy in the first Marvel project that sucked, so I didn’t know what to make of it. But once we got into it and they promised me that they were going to keep the same level of work that we’ve been doing from the movie screen to the television screen, I got excited about it.”

His worries didn’t come true as in March The Falcon and the Winter Soldier opened on Disney+ as the most watched series premier.

If you haven’t seen the series yet, all are now available on Disney+.