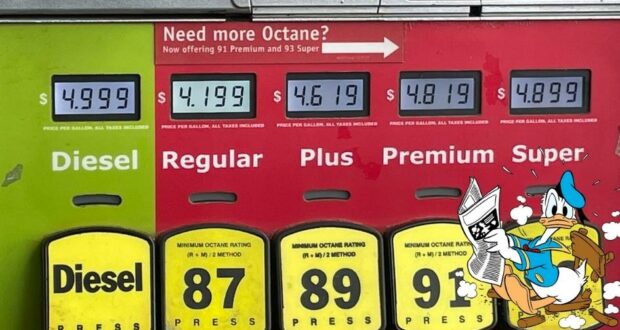 Whether driving from out of state, picking up a rental car at the airport, or borrowing a vehicle from a friend, Walt Disney World Resort Guests–and all tourists visiting the Greater Orlando Area–are going to face the highest gas prices the Sunshine State has seen in years.

According to AAA, the average price of a gallon of regular gas in Florida is sitting over $4 per gallon with Premium gasoline and Diesel on the other side of $4.50/gallon. In just one month–and since our previous coverage on the matter–alone, the average price at the pump has increased by over $0.50 per gallon. At this rate, there is little doubt that prices will bet the record for all-time high prices set in 2008. 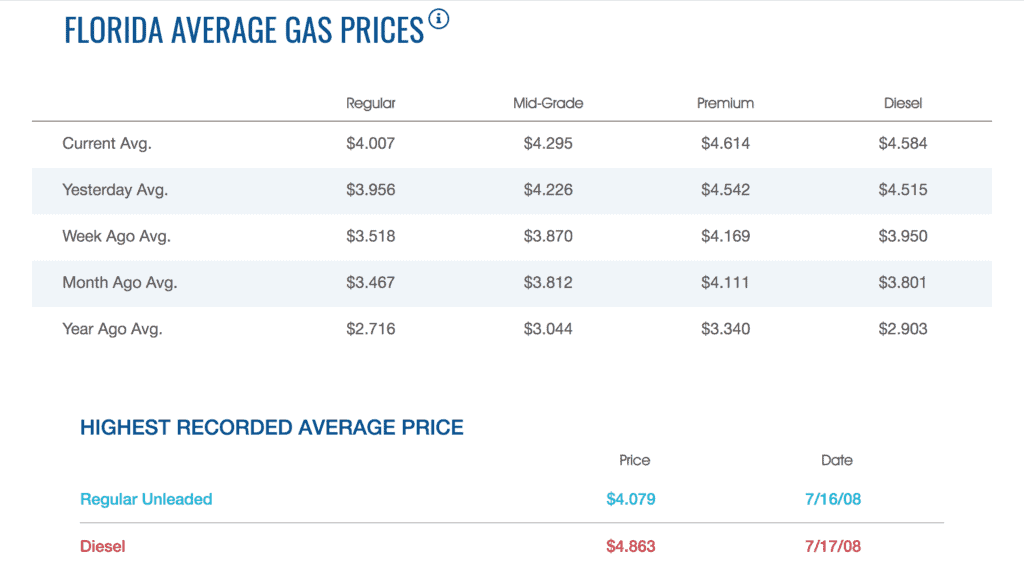 In the Orlando area alone, that $0.50 jump is also felt, with the price of regular unleaded gasoline minutely lower than the state average and also set to break its record high set in July 2008. 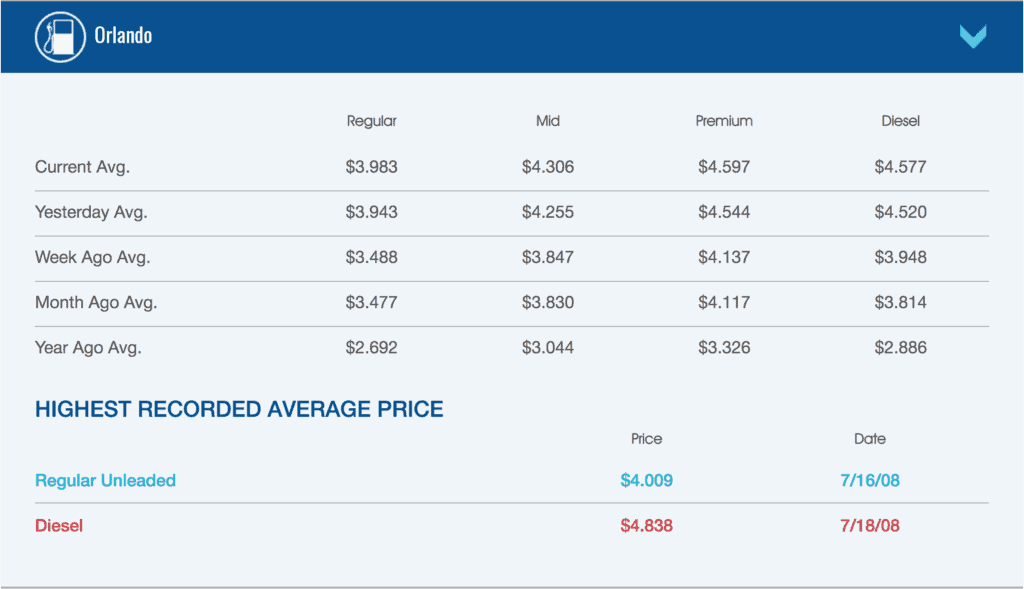 But this is just the average price! A reporter for the Orlando area’s NBC affiliate station WESH2 Tweeted a picture of at the pump where gas prices reportedly jumped $0.20 while he was there. Regular Unleaded gasoline at this gas station now costs $4.199, with Premium costing drivers $4.899 and Deisel essentially hitting the $5/gallon mark.

Looks like $4.19 is now the norm in Central Florida for #gas. This pump is in Altamonte Springs #WESH pic.twitter.com/lODoQjLxtO

There are several factors responsible for the price of gas spiking more than $2.00 per gallon over the course of a single year. But, the chiefest of which is the supply stinted by the Biden administration’s decision to significantly decrease the nation’s oil production and cease operation of several pipeline projects, and the ongoing war between Russia–from whom the Biden Administration buys hundreds of thousands of barrels a day–and Ukraine is disproportional to the ever-increasing demand as more and more Americans return to work resume traveling.

The Walt Disney World Resort sits at a crossroads of Florida’s highway system, allowing easy access from I-4 and Florida’s Turnpike, among other routes. Its Theme Parks and Resort hotels sit 21 miles West of Orlando International Airport (MCO) and 19 miles South of Universal Orlando Resort.

We at Disney Fanatic strive to keep our readers updated on any news in and around the Walt Disney World Resort that could impact Guests’ expectations and experiences for better or worse. We will continue to monitor situations like area gas prices as they develop.