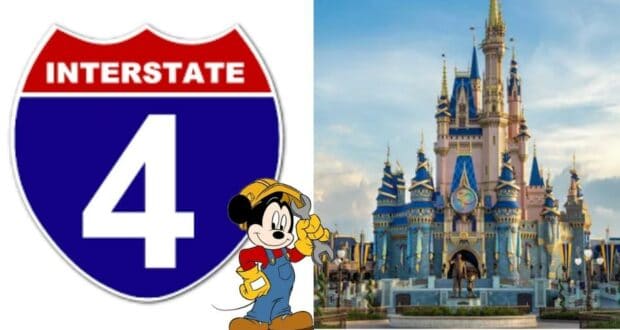 The drive to the Walt Disney World Resort is soon expected to get a little easier.

According to Orlando local NBC affiliate WESH, The Florida Department of  Transportation (FDOT) has announced its latest plan to alleviate the congested traffic on I-4–the interstate that connects Disney World to Orlando, Tampa, and all points in between–is in its “Final Stages.”

The plan, named I-4 Ultimate, involves the addition of four express lanes that cut straight through Orlando proper from Longwood (FL 434 exit) to the East to Kirkman Road (FL 435) to the West. The toll is set to cost 17 cents per mile, but that is liable to change. The actual construction of the lanes is reported to be all but completed, but before the thoroughfares can be opened to the public, first responders are conducting emergency response exercises. Progress will continue once EMTs, Police, Fire Departments, and other first responders solidify strategy and utilization plans. 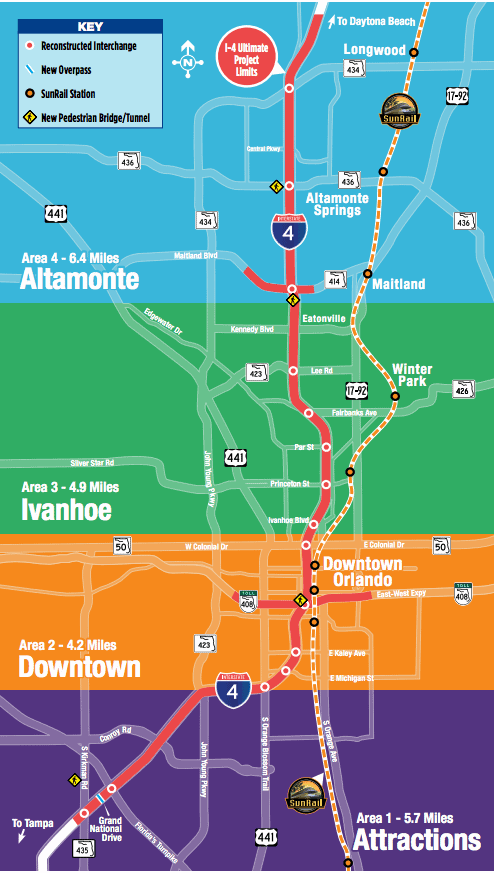 FDOT nearly ready to open I-4 express lanes to the public https://t.co/LWE82JzjMq

Now, for those flying into Orlando International Airport (MCO) and driving straight to Walt Disney World, this traffic update might not appear to have an immediate effect. After all, traffic from MCO can cut straight across to the property using FL 417 or take FL 428 to a point of I-4 just East of this development.

But, there is very little doubt that Florida’s new “Lightning Lanes” will offer relief that is felt on all areas of the corridor nicknamed “Highway to Hell” by the locals, especially for those locals and all visitors that must brave through Downtown Orlando traffic to reach the Most Magical Place on Earth.

At the time of this article’s publication (January 26, 2022), there is no official opening day for the new roads. We at Disney Fanatic will work to keep our readers updated on all news regarding Transportation to Walt Disney World as more information comes to light.