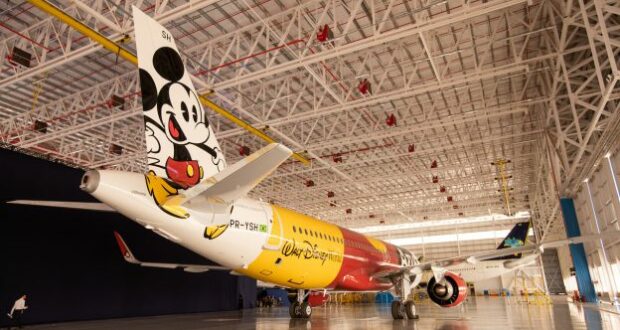 It looks like more Disney-inspired aircraft are taking to the skies during “The Most Magical Celebration on Earth!” We recently shared the launch of a special wrapped plane on a SouthWest jet just for the 50th anniversary of the Walt Disney World Resort, plus a contest Guests can enter through SouthWest to win a Walt Disney World vacation, and now we’ve learned of a plane by Azul Linhas Aéreas  that is inspired by Mickey Mouse himself. 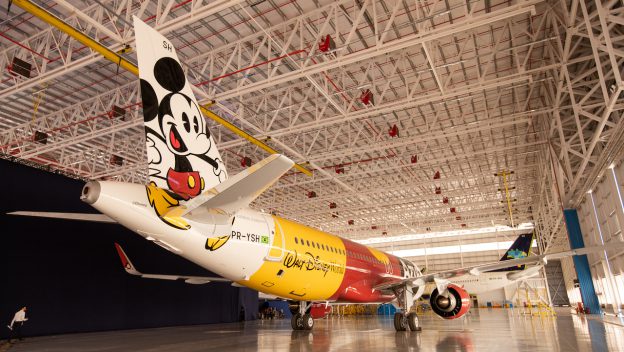 Mickey Mouse was on hand for the event, of course, where he surprised audience members and joined airline staff and spectators to welcome “Mickey Mouse in the clouds,” or “Mickey Mouse Nas Nuvens.”

Azul Linhas Aéreas currently has just this Mickey airliner, but the company is planning to debut three additional Disney-character inspired planes in the next couple of months. Once all of the new planes have joined the fleet, they will be flying on domestic routes for travel between about 50 airports throughout Brazil.

You can take a special look at the creation of the newest Disney-inspired plane to take to the skies in this video shared to the Disney Parks Blog. 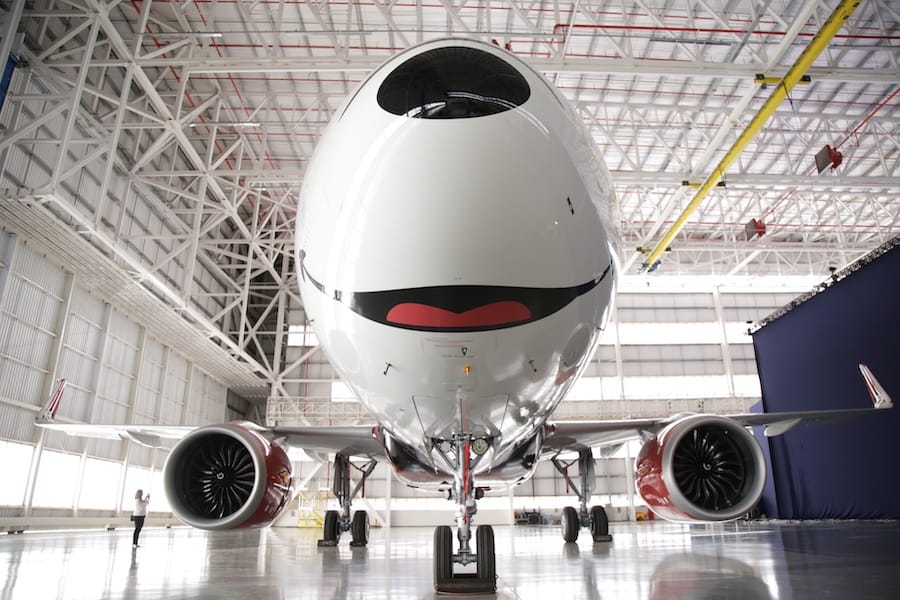 The launch of this first Mickey Mouse plane was intentionally set to coincide with the 50th anniversary of the Walt Disney World Resort, which began on October 1, 2020 and will run through April 2023. Check back here at Disney Fanatic for all the latest updates on “The Most Magical Celebration on Earth,” and if you are traveling in the upcoming months you may be lucky enough to spot some extra Disney magic in the sky or at your airport!