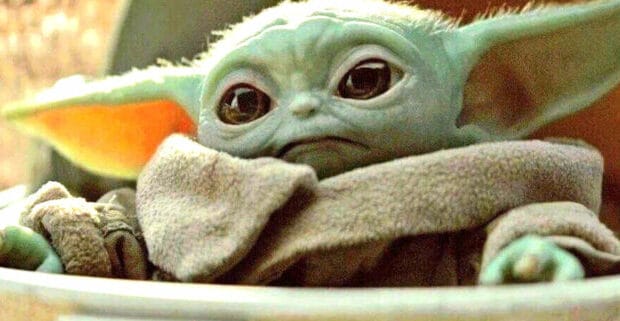 Baby Yoda Could Die In Season 3

Giancarlo Esposito’s Moff Gideon is clearly being established at the villain in The Mandalorian. He is desperate to get his hands on Grogu for nefarious and assuredly deadly means.

Baby Yoda may have disappeared in the arms of Luke Skywalker to continue his training, but in a new interview Esposito teased that he’s still got unfinished business with The Child, even if his comments were decidedly tongue in cheek.

“Yes, you’re going to see me kill this baby. How about that? It’s totally wrong, but you know what, I gotta hold out somewhere that I’m going to win.”

It has already been discussed that Moff Gideon will play a bigger role in season three than he did in previous seasons.

We will see what happens moving forward with our beloved Baby Yoda.