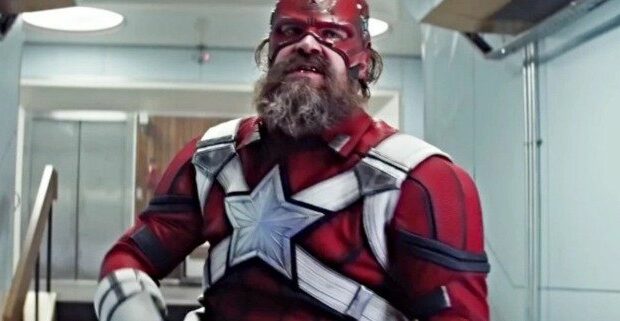 In the new MCU film we see Natasha Romanoff, Yelena Belova, Melina Vostokoff and Alexei Shostakov given the task to help save the world or at least that is what they are told.

As the story progresses and this dysfunctional family has to work together, big MCU fans might have caught two references to other Soviet characters.

David Harbour’s Red Guardian must be broken out of prison, where he encounters a man with a Marvel Comics history of his own. During this process, he faces Ursa Major who is a Russian mutant that can transform into a bear at will, and in the comic books he’s been known to have ties to both Black Widow and the Red Room.

The second reference comes when Yelena refers to Alexei as the Crimson Dynamo. This character has been seen throughout MCU especially facing Tony Stark.

We are sure more easter eggs will show up as more see the show.