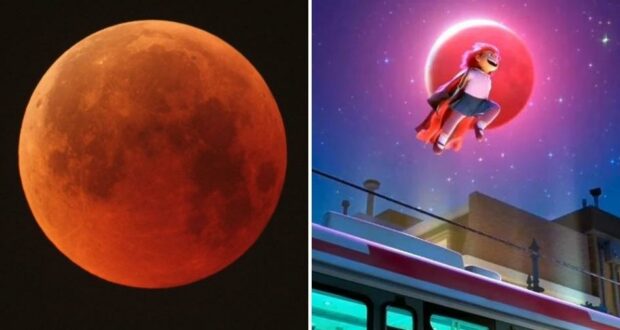 On May 15, people around the world–including those visiting The Walt Disney World Resort–will get the chance to witness a total lunar eclipse and the “Super Flower Blood Moon” that comes with it.

The event, known as a lunar eclipse, will see the full Flower Moon temporarily turn red overnight on Sunday (May 15) and Monday (May 16), depending on where you are standing. You can watch the Flower Blood Moon eclipse in webcasts, starting at 9:30 p.m. EDT (0130 GMT). 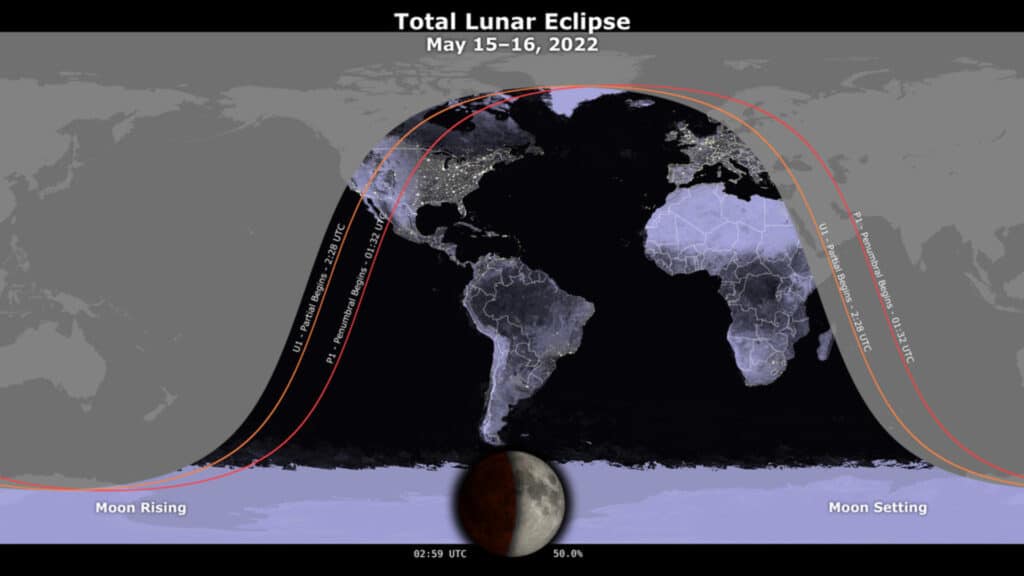 The image above shows the viewing zone for tonight. The total “phase” of the eclipse will be seen in parts of the Americas, Antarctica, Europe, Africa, and the East Pacific. Readers currently at the Walt Disney World Resort or anywhere on the Eastern Seaboard of the United States will have the best chance to view the entire eclipse. A penumbral eclipse will also be visible in New Zealand, eastern Europe and the Middle East.

This celestial event where the lunar surface will appear as a bright red light in the night sky is arguably even more significant for Disney Fanatics as it plays a crucial role in Disney/Pixar’s latest feature film Turning Red. The protagonist Meilin Lee needed to have the power of the red panda removed in a special ceremony that can only be performed during a lunar eclipse. (I think it is safe to say, though, that no such rituals will be occurring beneath the light of this moon.) 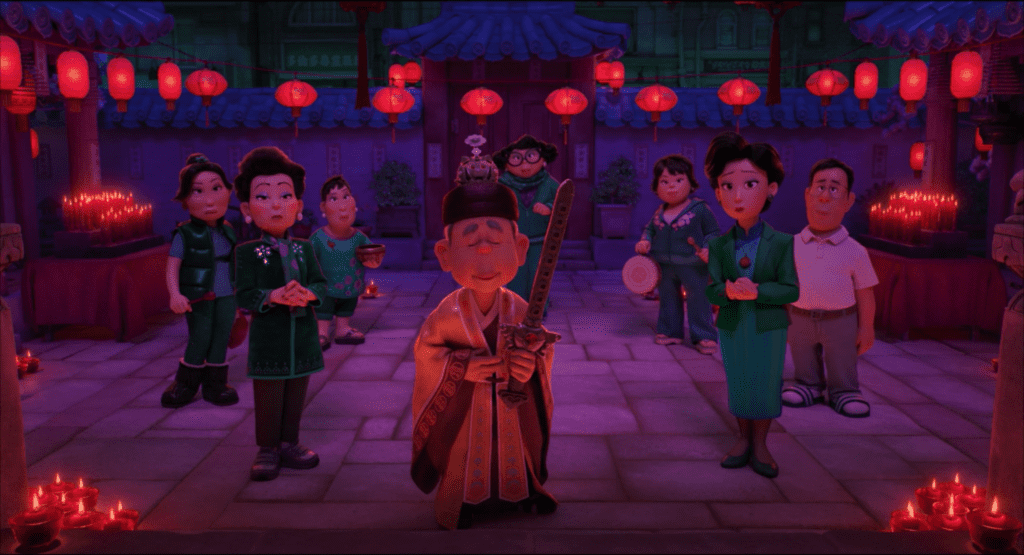 While a Blood Moon or Lunar Eclipse can have a variety of significant real-world meanings for different people, it is nonetheless awe-inspiring and a special moment to experience at any age.

The moon shines at night due to sunlight reflecting off the lunar surface. Lunar eclipses occur when the moon’s orbit passes into the Earth’s “umbra” or shadow. Whether one sees a total eclipse or partial eclipse depends on where one is on the planet. Due to the moon‘s proximity to earth, they are always visible to the naked eye.

If you find yourself out of the viewing zone Sunday night, you can watch the eclipse live right here:

It is not often that the circumstances align to put Disney Fanatics under the real-life version of a mystical event found in a Disney Movie. While Turning Red has sparked controversy and debate among fans, hopefully, this eclipse can be equally enjoyed by all.

We at Disney Fanatic will continue to share Disney-related stories with our readers as more continue to come to light. Disney/Pixar’s Turning Red is available for streaming now on Disney+.