Many Disney fans, Disney Guests who frequent Disney Parks, or Marvel fans have differing opinions on Disney CEO Bob Chapek and how his leadership has affected the Walt Disney company overall (particularly in comparison to the leadership of CEO Bob Iger, who left in February of 2020). Now, Bob Chapek has shed some light on his plans for the company going forward, via a staff memo. Variety has shared the staff memo online, and it includes several key points for each Disney employee to focus on in the coming year.

Chapek began by thanking the entire staff for their “talent, dedication, and optimism during the most disruptive time in [Disney’s] history”. “Thanks to you, we are weathering the pandemic and emerging stronger than ever,” he wrote. “Over the last two years, we continued to tell the world’s best stories, reorganized, and accelerated our transformation to better serve audiences and guests. We looked inward during a time of social disruption, saw how much was left to do, and made significant change. And of course, we underwent a leadership change—and I am enormously grateful for the tremendous foundation Bob Iger left us”.

Apparently one “long-term goal” for Disney is “greater flexibility” for its employees. Aside from employee satisfaction, however, Bob placed a strong important on his main goal for the company: “set the stage for our second century, and ensure Disney’s next 100 years are as successful as our first.” 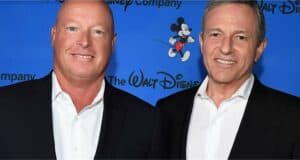 Unsurprisingly, Chapek said in the staff memo that Disney’s “storytelling excellence” is one of its biggest signatures. According to him, Disney stories “inspire, give hope, bring us together, illuminate the world around us, and create memories. That is Disney magic, and we must continue to set the creative bar higher and higher”.

In an effort to increase Disney’s story quality further, Chapek is mandating “a new standing monthly meeting with our senior creative leaders to discuss the opportunities we face as a storytelling enterprise”.

Chapek also seems intent on keeping the Walt Disney Company from stagnating. “Since Steamboat Willie, we have been the world’s foremost innovative storytellers. That must continue as technology evolves, giving our creative teams new canvases like the metaverse on which to paint,” he wrote. “We should be especially innovative as we seek to bring stories to life in new ways—particularly if they enhance what many call our ‘franchise ecosystem,’ which is one of the things that sets us apart”. The CEO also praised Disney’s streaming service Disney+, noting that they were a significant element in the company’s evolution. 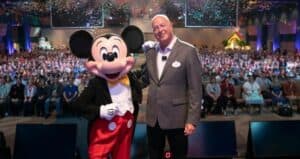 The final element of Chapek’s new goals for the company is “relentless focus on [Disney’s] audience”. Since Disney is “a big company with many constituents and stakeholders”, it does have outside influences in its decisions. But Chapek emphasized in the memo that “at the end of the day, our most important guide—our North Star—is the consumer. Right now, their behavior tells us and our industry that the way they want to experience entertainment is changing—and changing fast thanks to technology and the pandemic. We must evolve with our audience, not work against them. And so we will put them at the center of every decision we make.”

Time will tell how Bob Chapek‘s plans for the Walt Disney Company plan out — and how his goals to keep Disney groundbreaking while also keeping its content appealing across several demographics will pan out. Many Disney Guests who visit the theme parks at Walt Disney World Resort or Disneyland Resort have found the increase in prices at Disney Parks to be discouraging, and have directly associated CEO Bob Chapek with the increases in Disney ticket prices, the prices of consumer products or merchandise, and overall costs; have you visited a Disney Park like the Magic Kingdom or stayed at a Disney Resort recently?