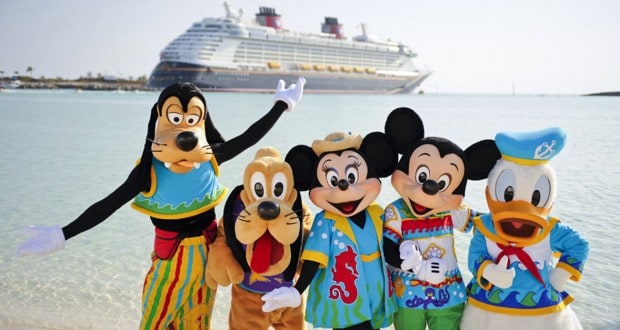 Recently, Lynn Clark, President of Travel Agency Sales and National Accounts for Walt Disney Parks & Resorts revealed the best ways to celebrate this summer at Disneyland Resort, Walt Disney World, Disney Cruise Line, Adventures by Disney and Aulani, a Disney Resort & Spa, in Hawaii. Here are just some of the wonderful experiences in store for Disney enthusiasts beginning this summer across Disney’s properties.

Most notably, Disneyland Resort is celebrating its’ 60th anniversary! Included in this diamond celebration kicking off on May 22nd are three nighttime spectacles. “Paint the Night Parade” will light up Main St. U.S.A with more than one and a half million brilliant LED lights. Disney stories will come to life with special effects, music, surprises and floats culminating in the arrival of Mickey Mouse! Next is “Disneyland Forever”, a fireworks spectacular featuring projections across Disneyland park. “World of Color” is the third show added to Disneyland’s nighttime offerings. Neil Patrick Harris and Mickey host this epic display of 1,200 fountains, lasers and special effects all set to a stunning musical score.

At Walt Disney World Resort in Florida, guests will enjoy “The Coolest Summer Ever”. Hosted by Olaf from Frozen, guests will find cool thrills at all of WDW’s parks including music, “Frozen Summer Fun” at Hollywood Studios including a royal processional, sing-a-long show and a Frozen themed fireworks display.

Disney Cruise Lines has announced a number of new itineraries including their first ever visit to the British Isles. Other European destinations include Ireland, France, Norway, Iceland, and another 15 European countries. Alaska, the Caribbean and Bahamas will also continue to be popular ports of call. In a new twist, guests can celebrate the legendary adventures and characters from Star Wars on eight special sailings onboard the “Disney Fantasy”. Beginning in November 2015, characters from Tangled will entertain audiences in a special stage show aboard Disney Magic. This feature will be called “Tangled the Musical.” Check out “Top 7 Things You’ll Love About Cruising With Disney!”

Disney’s Aulani Resort and Spadelights in Hawaii by immersing guests in Hawaiian culture. Kids of all ages enjoy the water play area and adjacent infinity pool and grotto not to mention beautiful stretches of gorgeous beaches! One, two or three bedroom villas offer families spacious comfort with full kitchens, laundry and separate bedrooms. “Auntie’s Beach House” club for kids is filled with polynesian experiences of culture and music and is included in the nightly rate.

Adventures by Disney escorted tour company is celebrating 10 years! With 30 destinations on six different continents, including exciting destinations like London, Paris, Italy, as well as excursions in Arizona and Utah in the United States. Disney now announces trips that explore the Amazon as well as Ecuador and the Galapagos Islands. And the fun doesn’t stop there! Disney is also launching a river cruise program for families beginning in 2016 with five seven day sailings on the Danube aboard AmaWaterways.

Disney truly has something for everyone to experience drawing families together all over the world! For more information about any of these Disney destinations, contact an Authorized Disney Vacation Planner you can trust like Mickey Travels. They’ll help you get the best price for your vacation, share expert advice and their services are totally FREE! It’s genius!