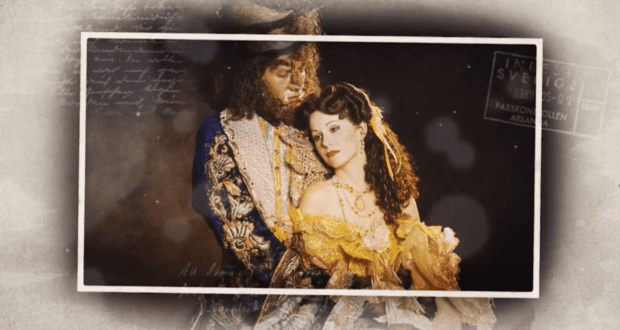 The animated Disney movie ‘Beauty and the Beast’ has been receiving special attention this year for its thirtieth anniversary (including wedding dresses and merchandise), and two Disney stars who have played the story’s protagonist, Belle, have joined in the fun! Anneliese van der Pol and Susan Egan both played Belle in Broadway productions of ‘Beauty and the Beast’ (with Susan originating the stage role and Anneliese being the last actress to play the character), and they recorded a congratulatory video message while they were in Walt Disney World recently for the Disney Princess Concert. Disney fans will recognize Anneliese van der Pol from the Disney Channel show ‘That’s So Raven’, and they’ll recognize Susan Egan’s voice from her role as Megara in ‘Hercules’.

Happy 30th Anniversary to the @DisneyAnimation classic Beauty and the Beast from @IAmSusanEgan and @anneliesevdp, part of the cast of #DisneyPrincessConcert who recently visited @WaltDisneyWorld for its 50th anniversary! ✨ #DisneyWorld50 pic.twitter.com/fatvu9brAx

Susan Egan said that “it was an honor to try and fill the shoes of the amazing Paige O’Hara, who was the voice of Belle in the movie.” “It was [also] very hard to fill the shoes of Susan Egan!” Anneliese added. Susan was the first actress to play Belle on Broadway, and Anneliese was the last. 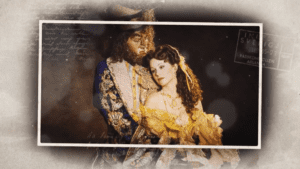 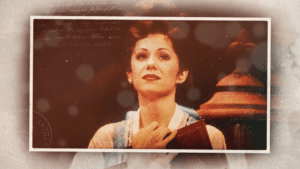 Both actresses were praised lavishly for their performances, and many Disney fanatics will be surprised to learn that the goofy redheaded sidekick from ‘That’s So Raven’ is such a powerhouse as a singer! With her stage presence and her dulcet tones, Anneliese’s voice sounds like a bell (pun intended) when she sings–and she also reminds audiences of classic icons like Judy Garland when she’s singing on stage.

Susan Egan has also been held in high esteem for her stage presence, comedic chops, and her vocal range. She stole the show in ‘Hercules’ as Megara, particularly when she sang “I Won’t Say I’m In Love” (and when she performed the song again last year).

Anneliese and Raven Symone, her co-star from ‘That’s So Raven’. Credit: broadwayworld.com 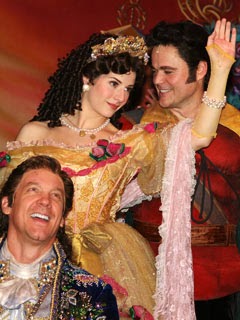 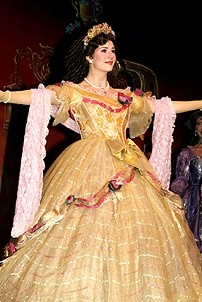 One of the best things about ‘Beauty and the Beast’ is how well the story lends itself to the stage: with only a few simple, distinct, and gorgeous settings, it’s easy to stage prop-wise, and the show’s beautiful songs make for a wonderful audience experience. It definitely helps to have talents like these two women playing the lead, though! To see the two actresses in character, check out the throwback videos below!

Beauty and The Beast Belle Broadway 2021-11-22
Sharon
Previous: ‘Beauty and the Beast’ Continues to Receive Special Attention For Its Thirtieth Anniversary
Next: This ‘That’s So Raven’ Actress Has A Disney Princess Role That Many Fans Have Never Heard Of