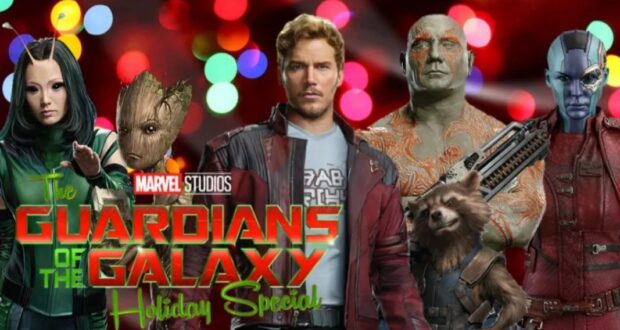 We learned earlier thanks to Chris Pratt that Guardians of the Galaxy Vol. 3 would begin filming later this year. The cast and crew will also film Guardians Of The Galaxy Holiday Special which also just learned will fil under the working title “Buzzcut”.

This special will be a Disney+ original. The holiday special will come out next year and take place before the events of Guardians of the Galaxy Vol. 3. We know that stars Chris Pratt as Peter Quill/Star-Lord, Dave Bautista as Drax the Destroyer, Bradley Cooper as Rocket Raccoon, Vin Diesel as Groot, Karen Gillan as Nebula, and Pom Klementieff as Mantis will all be returning for the special. It is unknown if Zoe Saldana’s Gamora will make an appearance.

Guardians of the Galaxy Vol. 3 will hit theaters on May 5, 2023. Until then, we can look forward to some holiday cheer.