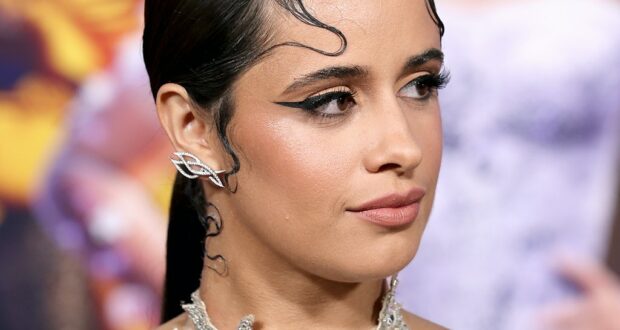 Camila Cabello Makes a Statement With Makeup At the “Cinderella” Premiere

While reactions to the new Amazon Prime “Cinderella” movie adaptation have been contentious, the show must go on–and onward it went, in the form of a red carpet premiere just like any other movie! Attention was obviously drawn to the lead actress in the film, Camila Cabello, who plays Cinderella. Cabello seemed to defy the movie’s middling reviews by embracing a fierce ensemble that was uniquely her own; she wore a two-piece Christian Siriano dress and heavy makeup, including a dramatic winged liner, bronzed skin, and fluttery eyelashes. The look was topped off with thigh-high boots. 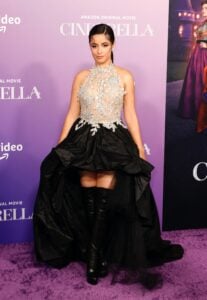 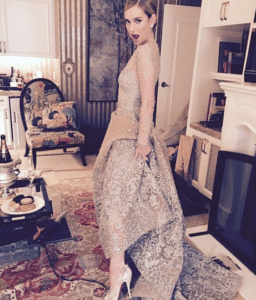 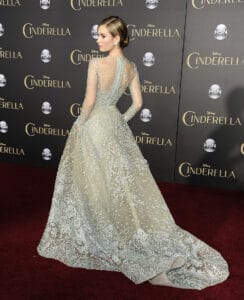 This can be seen as a stark contrast to the delicate glass slippers and English-rose makeup that Lily James wore during the 2015 Cinderella movie’s premiere; her skin makeup was kept very soft, and her ‘blusher’ was all soft pinks and peaches during the entire press tour, including on the biggest premiere night. It is worth noting, however, that both women chose winged liner for their big moments. Cabello is already known to be a fan of heavier makeup, anyway, and she actually found it very “scary” to wear “a lot less make-up” than usual while filming Amazon’s Cinderella.

Camila Cabello’s makeup was done for the Amazon Prime movie’s premiere by Patrick Ta, a well-known celebrity makeup artist who has worked with the singer and actress many times. Cabello is a L’Oreal Paris ambassador, so the makeup used on her is usually L’Oreal Paris, and it seems likely that this would be the case for the red carpet as well. Ta typically uses the L’Oreal Paris Infallible Foundation on her, in shade 445, as well as Lash Paradise mascara and either Colour Riche Lip Colours or Infallible Pro-Matte Liquid Lipsticks. It seems likely that the liquid lipstick was chosen for this red carpet event, and that a black L’Oreal liner was the one used to create Camila’s bold cat-eye look.

For some similar makeup looks by Patrick Ta, try combining the following tutorials! What do you think of red carpet makeup? Which look are you more likely to try?