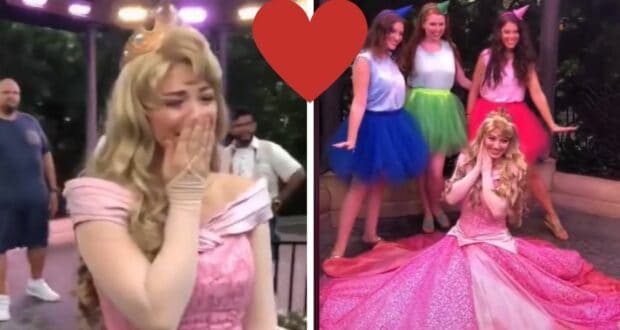 “Princess Aurora” was carrying out her duties meeting Disney World Guests when her beloved team lead “Auntie Jo Jo” showed up, Disneybounding as Aurora’s friend Mr. Owl from the 1959 movie Sleeping Beauty. Aurora can be seen crying and hugging her close friend.

Auntie Jo Jo also continued the surprise by bringing along several of the Aurora Cast Member’s other co-workers, who were all Disneybounding as Sleeping Beauty characters, such as Maleficent, to give their real friend a hug undercover in the Disney Park. Samson and the three fairies Flora, Fauna, and Merryweather also made an appearance.

“A magical best friend. I love you, Auntie Jo Jo,” the female Cast Member wrote on TikTok as she shared the video of the sweet ‘character interaction’ that was, really, a goodbye from co-workers. “Joselyn is a magical, loving human for making this so special for Princess Aurora,” the Cast Member added. Cast Members typically have to avoid saying that they “play” a Disney character; instead, they’re usually “friends” with the character.

♬ You’ll Be In My Heart (from “Tarzan”) – Piano Sunday

You can see Princess Aurora’s special moments with Auntie Jo Jo in the TikTok video shown below; her fun photos with her other co-workers are shown in the second video, which can be seen below! 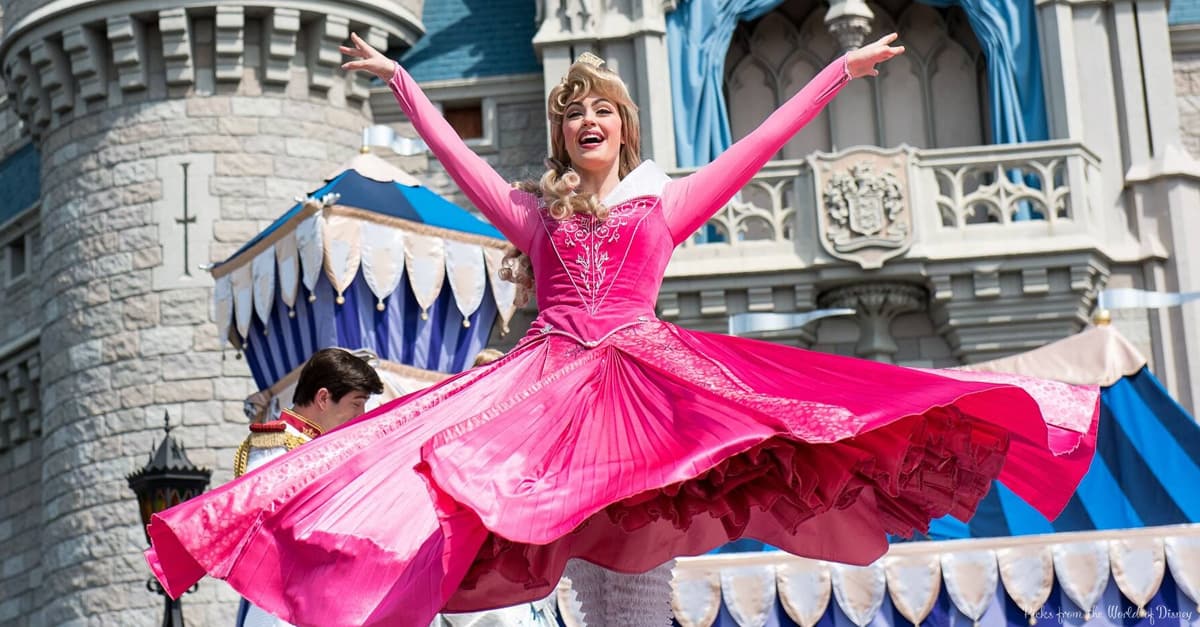 Apparently, many Disney World Resort Cast Members know Joselyn, known as Auntie Jo Jo. She is described in the videos’ comments by Aurora’s co-workers as a “100/10 human” and “a gem.” “Joselyn is one of my leaders too! I love how authentic she is and how much she cares for all of us,’ another Disney employee wrote.

♬ I Wonder (From “Sleeping Beauty”) – A Covering

Were you lucky enough to be a Disney World Guest who witnessed these sweet moments in person in EPCOT’s France Pavilion?