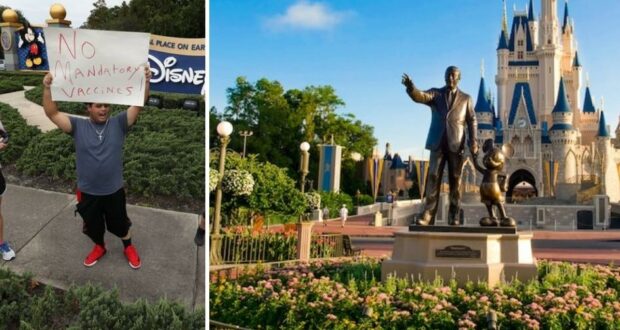 Three former Cast Members have filed a discrimination suit against The Walt Disney World Resort. Guest experience managers Barbara Andreas and Stephen Cribb, and Part-time banquet server Adam Pajer, who have worked at the Central Florida mega-Resort for seven to 20 years, claim they were fired for refusing to wear face masks and take the COVID vaccine due to their religious beliefs, as well as for reporting Disney for discrimination and retaliation as well as for unlawful enforcement of vaccine mandates.

They allege Disney discriminated against them because it did not accommodate their requests to be exempt from the vaccine mandate and face-covering requirements, according to the lawsuit filed in Osceola Circuit Court last week. The vaccine mandate was suspended in November after Florida lawmakers made it illegal but Disney’s mask requirements remained in place. 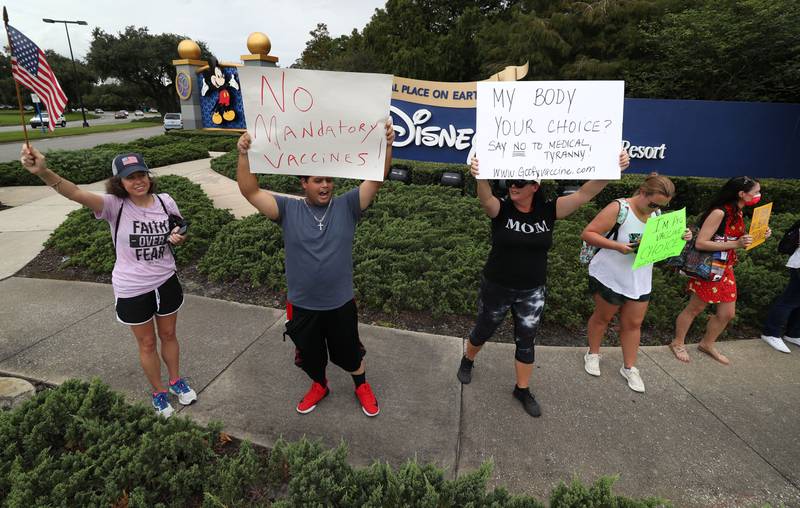 Andreas was the only one reportedly to voice an overt religious stance against both the vaccine and mask mandates, while Cribb and Pajer argued that the masks hindered their ability to breathe and singled themselves out. Court reports show that Pajer was vocally dissident, distributing typed notices of workplace discrimination to Disney World managers who were enforcing Covid-inspired mandates, which resulted in a physical altercation started by a manager.

Disney suspended its vaccine mandate, which supposedly allowed for religious exemptions, in November, but all three plaintiffs were fired this year after they attempted to file for an exemption. Andreas’ request was denied in December, and she was fired in March, Cribbs was fired in April, and Pajer was fired in June. Both men claim their requests were never processed. Disney allows unvaccinated Cast Members to remain employed so long as they wear a mask, but the plaintiffs’ lawyer, Rachel Rodriquez, argues that Disney’s Health and Safety protocols do not offer reasonable accommodations for unvaccinated workers. 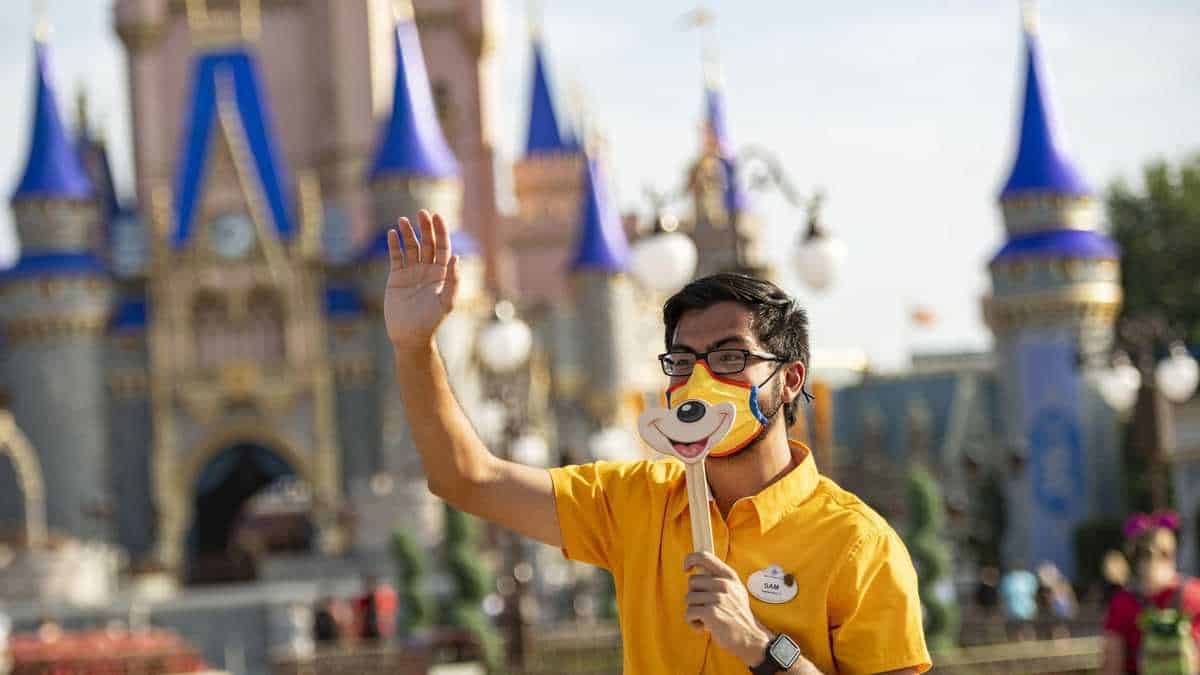 Court records state they also reported Disney for alleged discrimination and retaliation as well as for the state laws prohibiting workplace vaccine mandates to federal and state authorities, including the State Attorney General and the State Commission on Human Relations, and the U.S. Equal Employment Opportunity Commission. Cribbs and Pajer were still employed at the time they issued their reports. They are also suing under a state statute regarding whistleblowing, claiming that the filing of those state and federal reports led to their firing.

They are suing for an unknown amount of money to compensate for lost wages, benefits, and attorney fees. They will more than likely go into this fight without the help of any of their former peers, as at least one Cast Member went on record to say people were too afraid to speak up against mandates, and Cast Member unions agreed over the need for mandates as well.