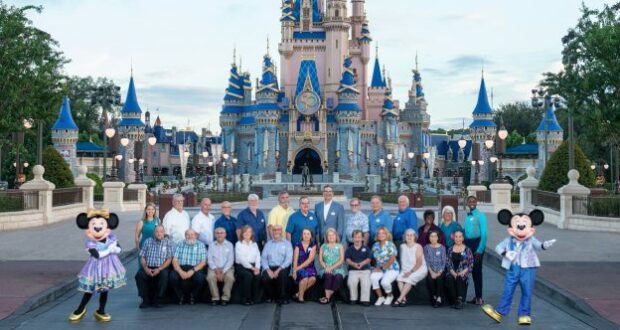 A very special group of Disney Cast Members just celebrated their own 50th anniversary at the Walt Disney World Resort! 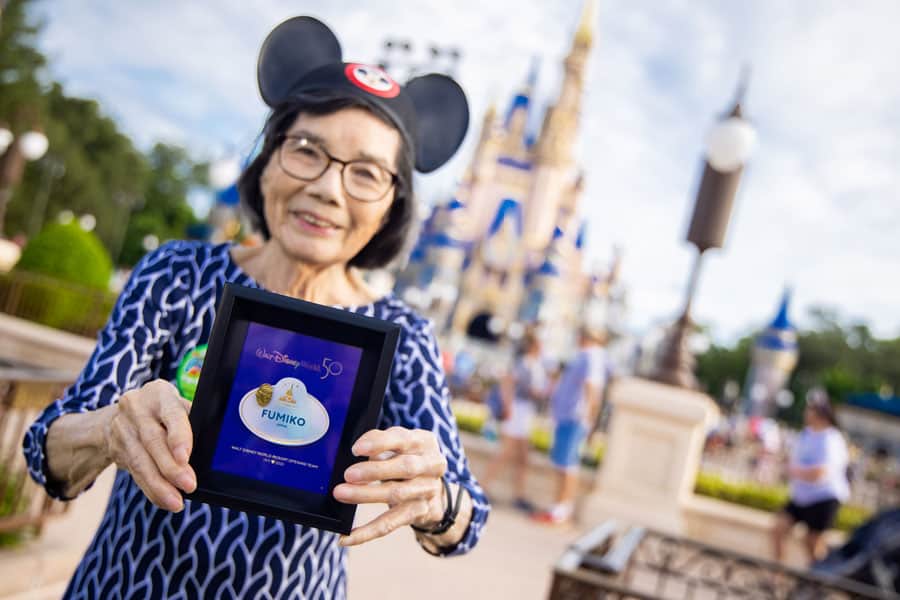 Named the “Class of ’71” the Walt Disney Company just honored the Cast Members who have been making magical contributions to the parks and resorts and creating happiness for Guests visiting from all over the world since Walt Disney World opened in 1971. These Cast Members have seen it all, from the early days of just one park with the Magic Kingdom at the Walt Disney World Resort, to new fireworks shows, hotels, special events, and anything and everything in between.

The Disney Parks Blog shared a video of this very special occasion:

The group recently spent a morning celebrating their parts in creating the magic leading up to The Most Magical Celebration on Earth, with each Cast Member in attendance receiving a special keepsake version of their new 50th anniversary “EARidescent” nametags and service pins, proudly displaying their 50 years of employment at Walt Disney World. All Cast Members across the Walt Disney World Resort will be receiving enhanced nametags for the occasion, but this special group was the first to receive them. 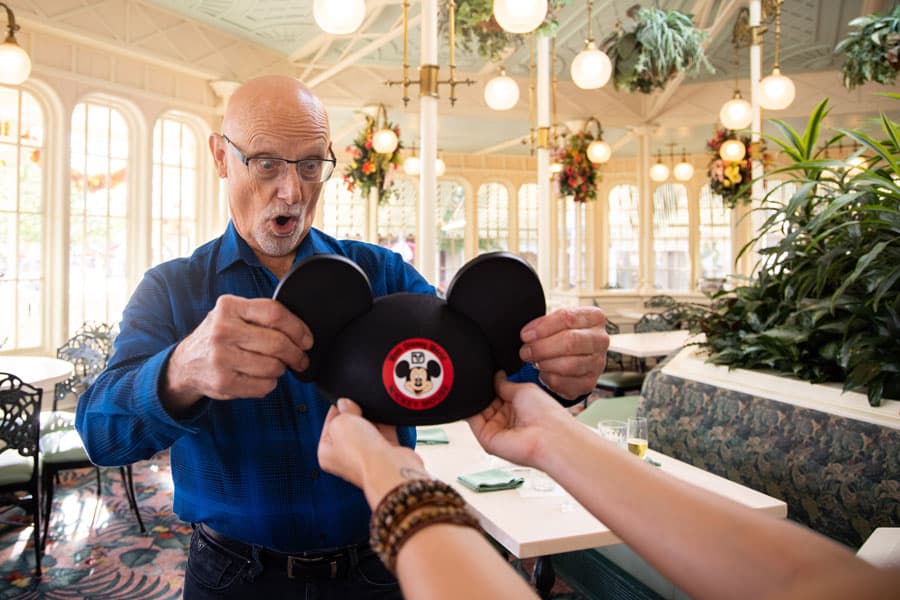 On top of these commemorative nametags, members of the Class of ’71 were gifted brand new exclusively embroidered Mickey ears from the Vault Collection, which will debut for other Guests and Cast Members soon as part of the 50th anniversary celebrations. The ears were inspired by vintage pieces from the Walt Disney Archives, and they are truly quite special as a memorable piece of Disney history. 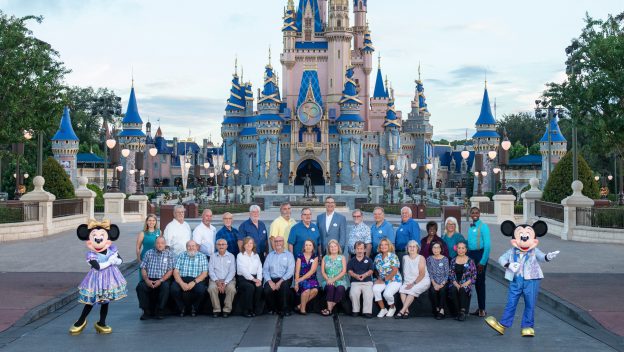 The Disney Parks Blog will be sharing more details and introductions for members of the Class of ’71 in the upcoming weeks, and we can’t wait to meet them! Be sure to say hello if you see any of these smiling faces while visiting the Walt Disney World Resort, and remember you can always recognize Cast Members who make your trip a magical one by tagging #CastCompliment on Twitter.