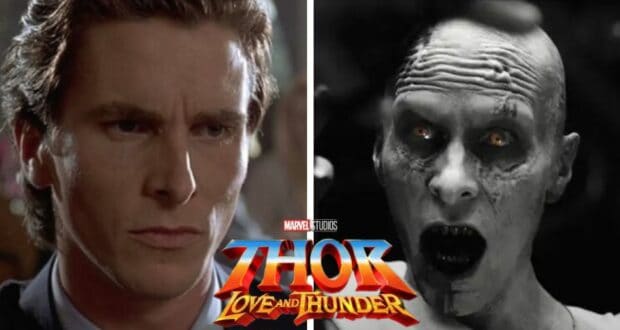 In the Marvel Cinematic Universe, each Marvel superhero typically fights one main villain at a time, such as Thanos. The new Thor movie Thor: Love and Thunder sticks to this theme (albeit with some very unique evil minions of sorts), and since British method actor Christian Bale is playing the villain Gorr the God Butcher, this movie’s villain turned out to be particularly scary!

According to Natalie Portman, Bale’s co-star who plays Jane Foster the Mighty Thor, “it was terrifying whenever he was in character” — so much so that “the children would run screaming” on set. Since (spoiler alert!) Gorr the God Butcher does interact with children in several scenes from the Marvel Studios film, Christian Bale and the kids on set (many of whom were the children of his co-stars) did have to work together a lot. 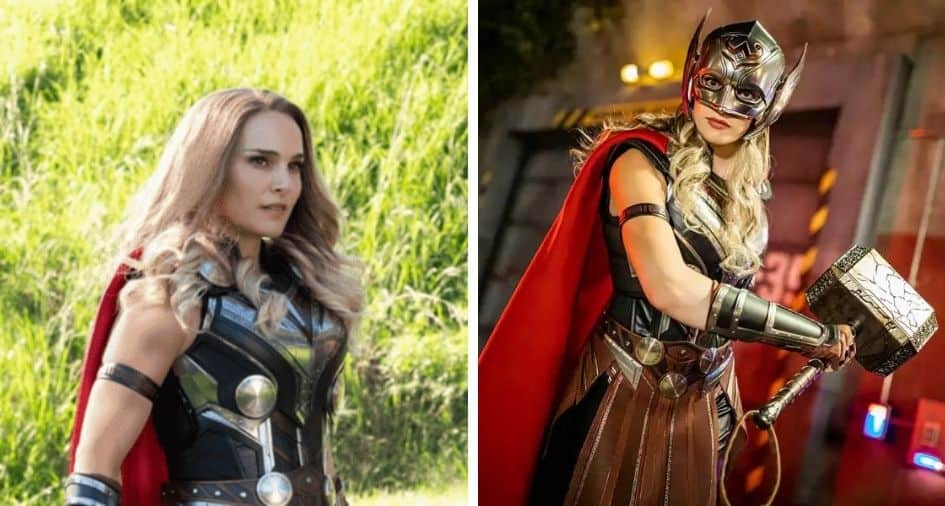 “He has a very, very, very scary look, in addition to, of course, his excellent acting,” Natalie Portman continued. “But, on this one, in between, he’d be like, ‘Hey, what’s up?’ It was just a normal conversation, which was jarring, because he looked terrifying”.

For what it’s worth, Christian Bale did not actually know all the details about his character’s creepy costume when he accepted the Marvel role.

“I thought it was going to be like, stick a few dots on my face and roll up,” the Batman star said. “Maybe embarrassingly in a grey unitard, but alright, I could deal with that. I enjoy humiliation.”

“And then I missed the conversation,” the Newsies actor added. “You’ve got a 2 a.m. call. And then it was like, ‘Oh, no, I’m sitting for four hours, doing prosthetics.’ Somehow, I hadn’t heard that.”

Even though Christian Bale didn’t realize he was signing up for hours of prosthetics, the Academy Award winner did realize that he was going to have to play a character who unsettled other actors. “That was my job, to come in and provide that creepiness element,” the Oscar winner explained. “You have to find that edge, what’s too little, what’s too much. And hit the right note.”

Bale committed to his role thoroughly, genuinely frightening adults as well as children on set when he threw himself into a dramatic, terror-inducing scream on the first day of filming. “It was a scream people might have thought was ending soon. But, no, it kept going and going and going,” Bale said laughingly. “I could tell, no one quite knew what to think.” Nevertheless, the actor achieved his aim and frightened everyone — and now, he’s frightening audiences as Thor: Love and Thunder takes theaters by storm!