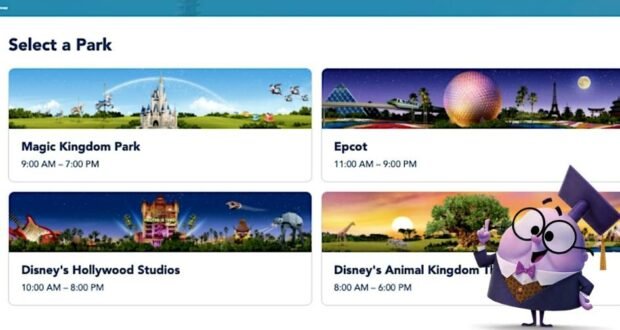 Earlier today, we at Disney Fanatic shared some exciting news regarding changes being made to the Walt Disney World Resort’s Theme Park Reservation System. Now, it appears that all Theme Park Ticket Holders and Annual Passholders who want to take advantage of the new flexibility need to keep their Theme Park Reservations separate from their hotel reservations.

Only Annual Passholders should consider pulling from the “Resort Hotel Guest” “bucket” of Park Passes, as doing so will not factor into their allotted amount of Park Passes they can hold at one time. The catch, of course, is that they will have to cancel their Park Reservations rebook if they wish to change.

Related: What You Need to Know About the Different Disney World Resort Levels

It should also be noted that while all different kinds of Theme Park access can be made simultaneously, there will still be separate Park Pass Availability Calendars. So, if an Annual Passholder and a Theme Park Ticket holder are in the same party and want to visit, say, Magic Kingdom Park together, they will still need to make sure that the Magic Kingdom is available for both groups on that day.

I have also seen people saying "all park reservations are now made from the same calendar of availability."

You can book a park res for a regular ticket and AP guest in same transaction — but the day must be available on both calendars to book together.

While there are still technicalities to work through, Disney World’s changes to its Theme Park Reservation System hopefully signal the move towards a more flexible way Guests can optimize and plan their Disney Vacation.