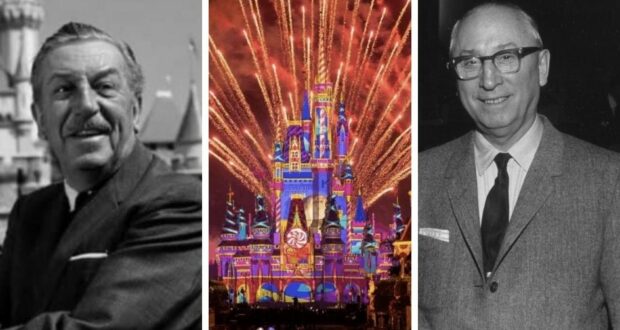 Disney Brings Its Founders Back for Iconic Scene

In recent months, Disney fans and Walt Disney World Resort or Disneyland Resort Guests have felt more and more like Walt Disney’s presence has been gradually removed from the Disney Parks, as if the Walt Disney Company is trying to forget its namesake and disassociate from the man who invented Mickey Mouse and groundbreaking departments like Walt Disney Imagineering.  But fear not, Disney fans! Walt is apparently back in the Magic Kingdom Park in a big way! 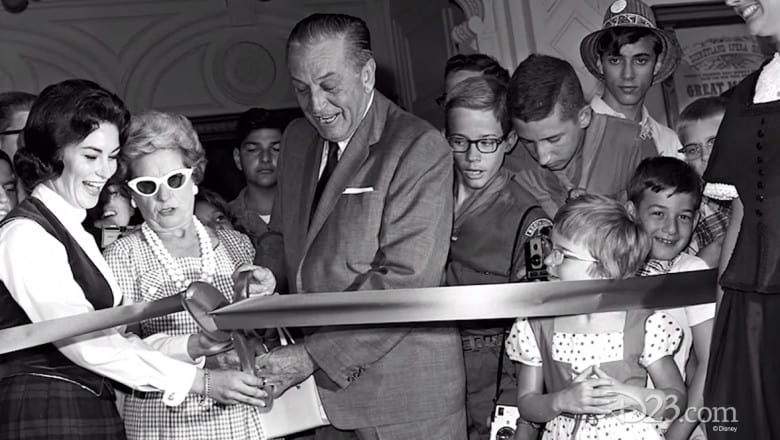 This is the first Disney nighttime spectacular that brings the projections of Disney movie footage all the way down Main Street USA, however — so even if you’re on Main Street USA instead of right next to Cinderella Castle, you can still have some Disney magic! 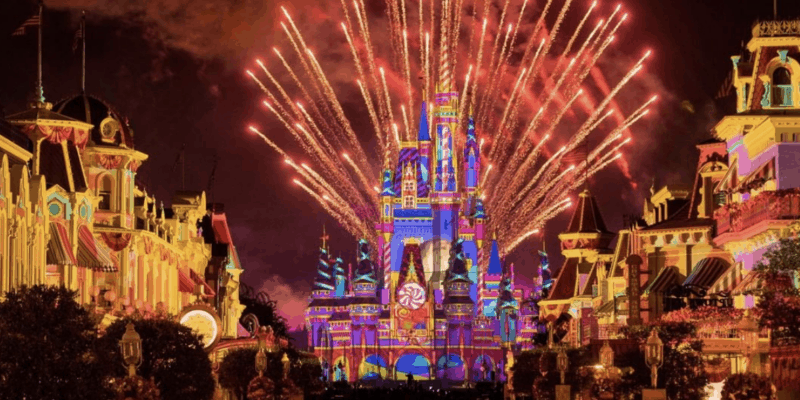 Take a look at Walt Disney and Roy Disney’s appearances as projections on Cinderella’s Castle in the video shown below! Disney Enchantment replaced Happily Ever After on October 1 of last year, and responses to it were rather negative. But perhaps Walt and Roy’s addition to the show’s lineup will change that!

Disney Enchantment is a show that, according to Disney, involves “magical effects,” “dazzling new lighting that illuminates the Castle courtyard and stunning fireworks that light up the night sky.” Disney characters also appear in the show, including Raya the soon-to-be official Disney princess — and now, apparently, real Disney icons like Walt Disney himself! Are you excited to see Walt Disney being honored in Disney Enchantment, along with his brother Roy O. Disney?