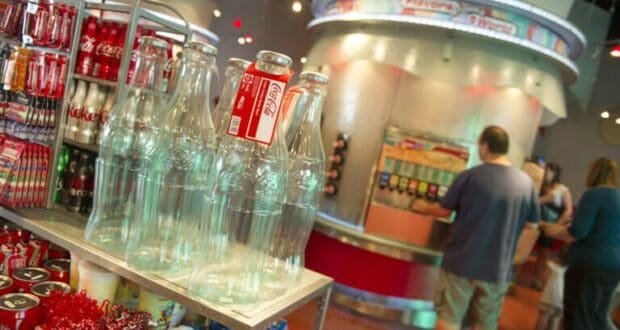 Club Cool Gets A Warm Reception

Disney World has gone through a lot of updates lately in the Disney parks (with refurbishments extending all the way into 2022 for rides like Expedition Everest), and one particular update has already opened for Disney visitors! Club Cool, the Coca Cola shop and crowd favorite, has had a completely modern makeover. So far, the new version of the classic Coke store is receiving positive reviews from Disney Guests, and they’ve taken to Twitter to share their experiences!

Next to Club Cool, the new Creations Shop has opened at Epcot. pic.twitter.com/aZJQjY2ogd

The free samples in Club Cool have always been a fan favorite; they represent Coca Cola flavors from all over the world, and the Beverly flavor is notorious for its controversial taste! Most people find the drink unpleasant–but they try it every time, anyway. This was still the case, even in the new version of Club Cool!

Which one am I going to try first? Beverly, of course. #ClubCool pic.twitter.com/Dq8AglLKC9

This updated Club Cool has a more modern design, but it’s also got lots of nods to the classic Coca-Cola aesthetic, with bits of Cola bottles in the floor and the usual Coke red coloring everywhere. 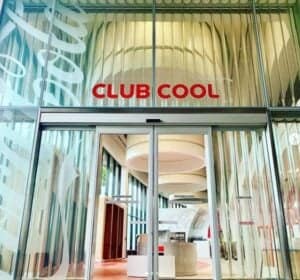 Club Cool fans were eager to sample the expanded offerings in the free sample section, and one person actually claims that a new flavor is worse than Italy’s Beverly one! The “Smart Sound Plum” from China apparently has become almost as notorious as the Beverly. Other flavors (some of which are new) include the Bobon Anglais from Madagascar, the Country Club from the Dominican Republic, the Minute Maid JOY from Korea, the Royal Watermelon from the Philippines, the Sprite from Russia, and VIVA from Moldova.

Have you ever been to Club Cool, either before or after its update? What do you think of the flavors you’ve tried? And are you excited to try Disney’s other new offerings, like the Space 22o restaurant (where the Terra-Bolognese entree has been praised by Guests) or La Creperie de Paris (which can be found in the newly expanded France pavilion)?