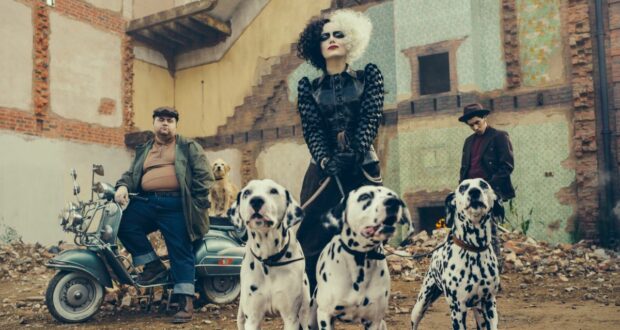 Disney’s newest live-action film is now available on Disney+ Premier Access as well as in theatres and audience members are raving about Emma Stone and the film.

With a current rating of 73% Fresh on Rotten Tomatoes, we aren’t surprised to see audience members giving the film a nearly perfect “A” rating. Fans are loving Emma Stone as Cruella and the fashion styles are fantastic in the film as well.

Cruella won’t be the top box office hit this weekend as Paramounts A Quiet Place 2 will take that title due to the fact the fans will have a choice between the theatre or at home when it comes to watching Cruella.

Overall this is great for Disney not only when it comes to the long term success of Cruella but also for future live-action films they have coming.

Have you seen Cruella yet?