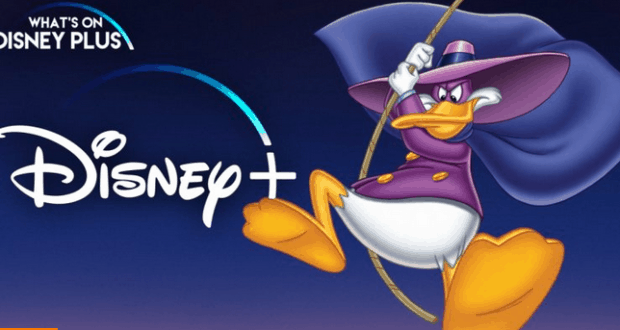 ‘Darkwing Duck’ Reboot in the Works for Disney+

We are so excited about Disney+ announcing that they will be doing a reboot of the hit show “Darkwing Duck”. We enjoyed the reboot of “Ducktales” and are hopeful that more of the great shows from the 90s will make a come back.

The original 90s animated hit ran for 90 episodes, which are available now on Disney+.    The adventures of superhero Darkwing Duck, aided by his sidekick Launchpad McQuack. In his secret identity of Drake Mallard, he lives in a suburban house with his adopted daughter Gosalyn, next door to the bafflingly dim-witted Muddlefoot family.

This project is in the very early stages as reported by WhatsOnDisneyPlus. No writers have yet been connected to the show but will be executive produced Seth Rogen, Evan Goldberg, James Weaver, and Alex McAtee of Point Grey Pictures.    With Alex McAtee also overseeing the project.

Even though we don’t have a release date or official confirmation yet, we are super excited for this possibility.