It’s day 3 of our voyage aboard the Disney Magic. We’re stopping at the Grand Caymans and plan to get in some beach time. Maybe some shopping too! But before we climb aboard the ferry boats to the island, we have a very important date with some friends. Here’s what we experienced on our 3rd day 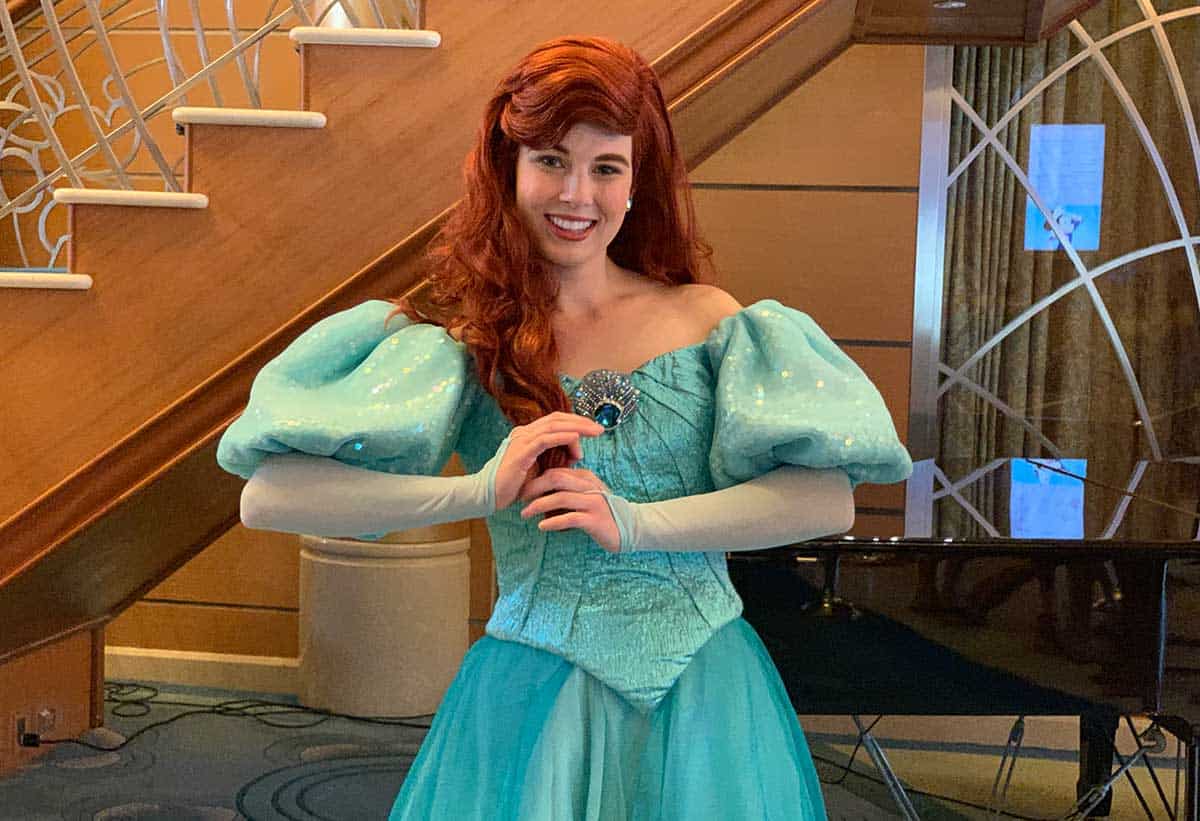 Disney provided my crew with tickets to meet three lovely princesses onboard the Disney Magic. When you book your cruise, you’ll see many characters throughout the ship where you can simply walk up for a meet-and-greet. Other Character interactions like this one where several Disney Princesses are in attendance, guests are encouraged to sign up online before cruising. We met Ariel, Cinderella, Belle and Tiana. Each was situated at the bottom of the grand staircase in the ships lobby which made for a fantastic photo opportunity. Splendid! From here, we headed to deck 1 and left the ship for Grand Cayman Island. 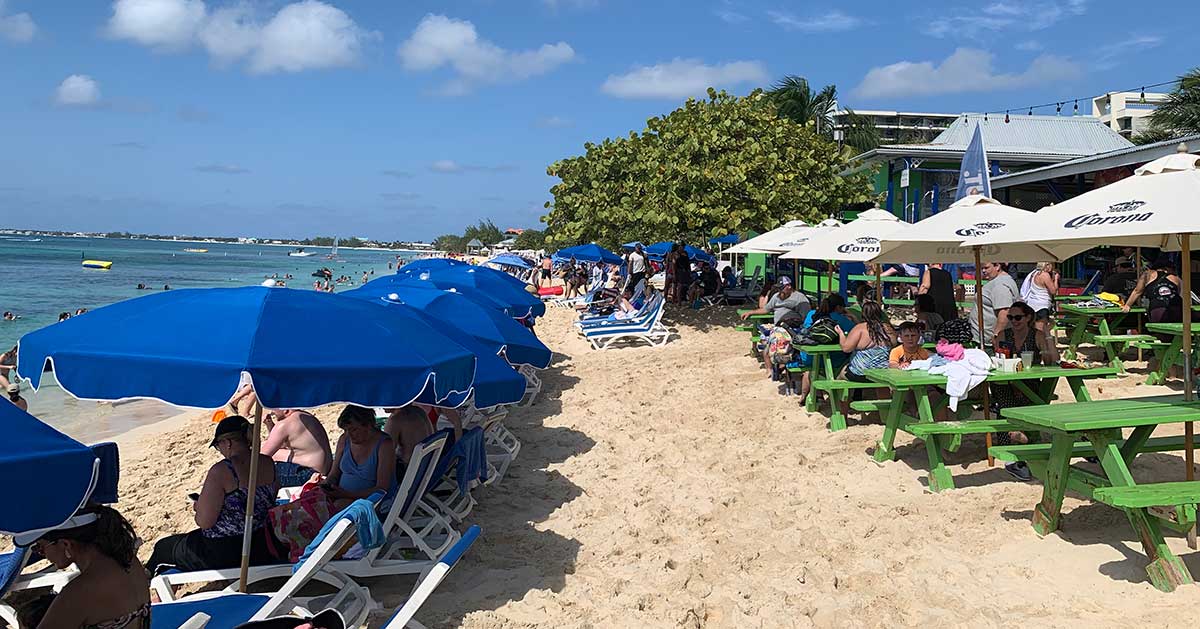 Disney provides a wide array of shore excursions including a day at the beach, swimming with stingray and dolphin and many more tempting adventures! My family instead chose to go-it-alone and take a cab to picturesque 7 Mile Beach. $6 per person was all it cost to deliver us to the sunny shore! We found an oceanfront restaurant/bar called Captain Jack’s where we rented a few lawn chairs and took a dip in the crystal blue waters. The showers and bathrooms were a bit rustic but the food was fantastic! 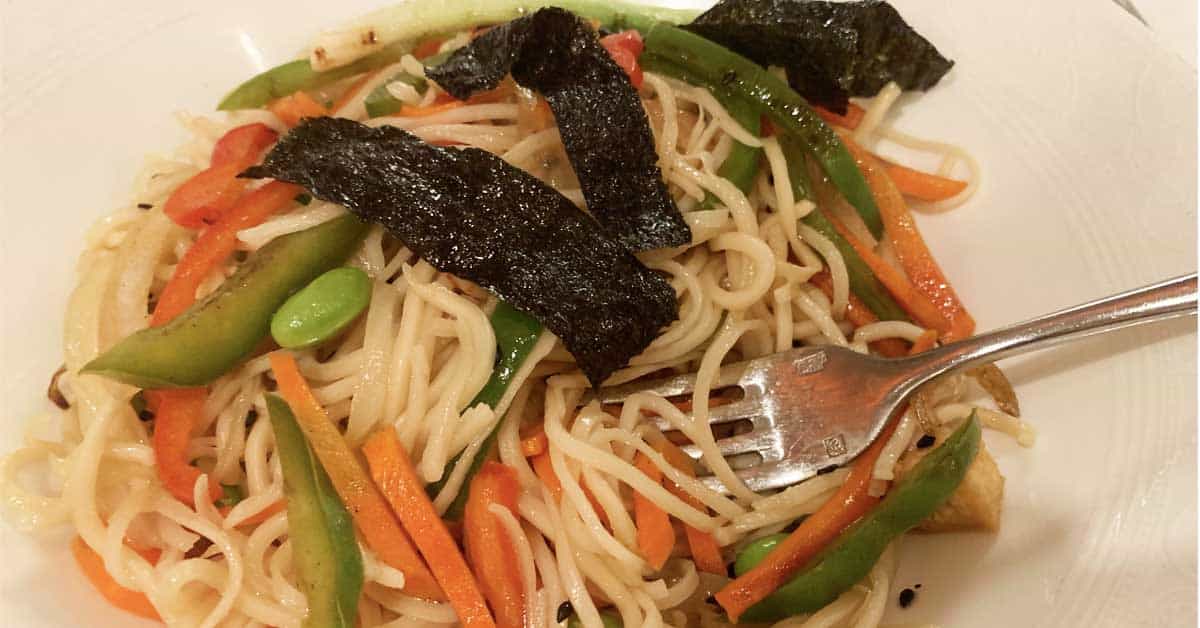 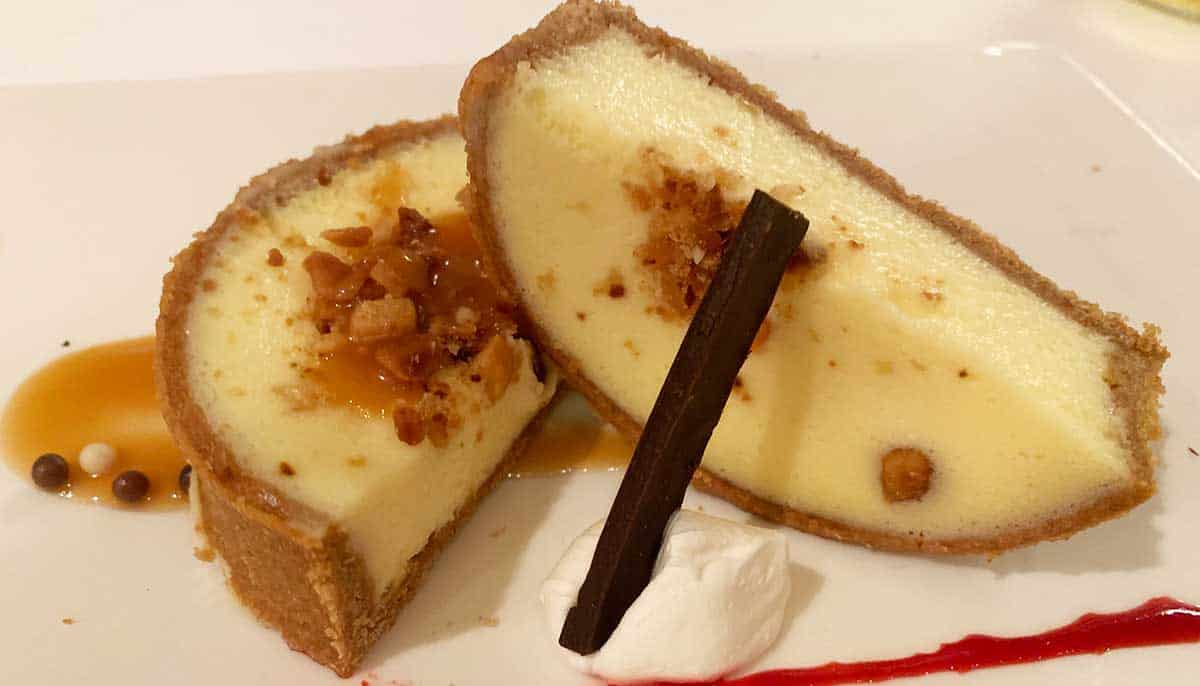 After a day at the beach, we were ready to clean up and dress for Pirate Night! Our swashbuckling evening included dinner at Lumiere’s, the grand diniKing George’s Roasted Privateer Srtip Loin, Shanghaied Noodle Stir-Fry and Carrot and Cilantro Soup. While there were no Disney characters at this meal, many cruisers come decked out in pirate gear! I saw dozens of feather plumed hats and eye patches on adults and children! Make sure you pack your pirate gear for the trip! 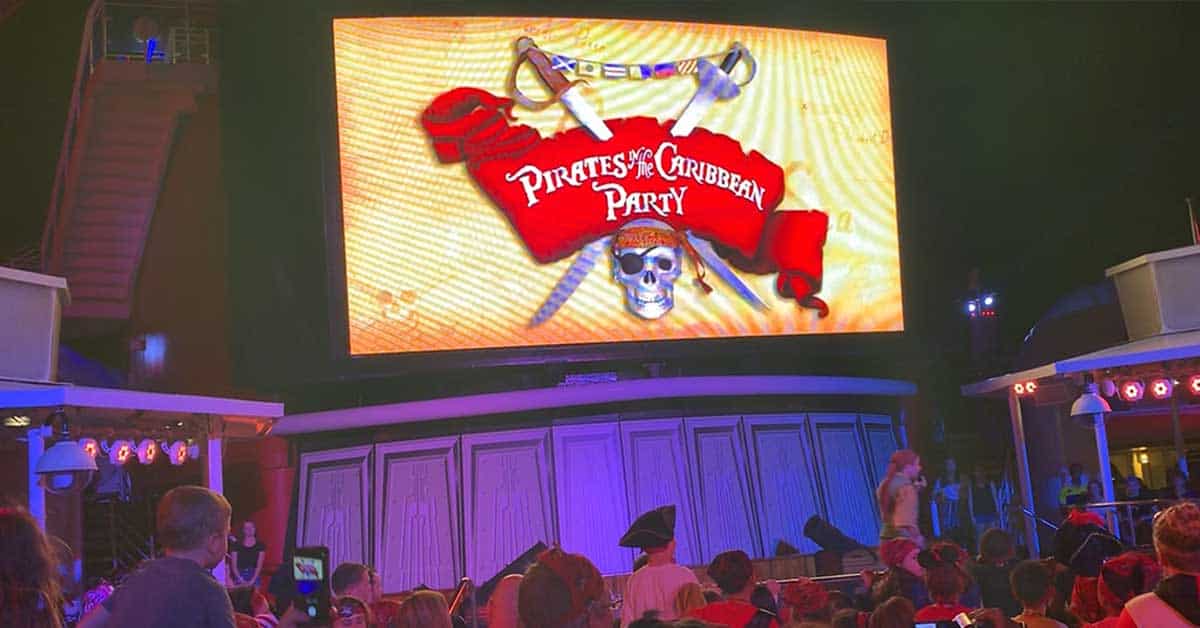 After dinner we headed up to the pool deck for the “Pirates of the Caribbean” show and deck party where we enjoyed music and dancing with Disney pals. Even the Disney characters available at meet-and-greets throughout the ship are dressed as swashbuckling pirates. Get ready for a night of adventure you won’t soon forget!

Visiting with Disney Princesses, logging some beach time on Grand Caymans and topping off the day with Pirate Night! What a great 3rd day of cruising aboard the Disney Magic!

Interested in Cruising with Disney? Read about our other days aboard the Disney Magic.

Day 2 – At Sea Aboard the Disney Magic

Day 4 – Aboard the Disney Magic – Marvel Day At Sea