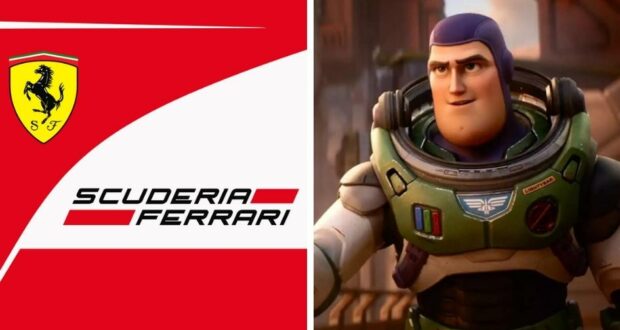 It would not be a stretch to say that Disney and Pixar have a way of adding some significant celebrity cameos into their animated feature films, and it appears that the upcoming science-fiction adventure Lightyear will be no different.

On Wednesday, May 25, Disney and Pixar announced that they were partnering with Scuderia Ferrari to bring two special cameos to Lightyear‘s international versions: Formula 1 drivers Charles Leclerc and Carlos Sainz, Jr.

As a national symbol of Italy, it makes sense–at least to this reporter–that at least one of the main faces of the brand and F1 team be featured in the Italian version. Meanwhile, Sainz comes from a well-known racing family in Spain, making his own Spanish cameo all the more special as well.

Leclerc and Sainz will not be the first F1 drivers to make an appearance in a Pixar film. Sebastian Vettel, Michael Schumacher, and Lewis Hamilton have all had either cameos or roles in Pixar’s Cars franchise. The addition of culturally relevant cameos in the international versions of a feature film continues Pixar’s tradition of pushing to make their films more culturally relevant to their different audiences around the world. The most recognized example of this has been found in Pixar’s Inside Out, which changed the foods Riley found disgusting based on the sentiments of the different countries.

Disney/Pixar’s Lightyear will tell the origin story of everybody’s favorite Space Ranger, an adventure featuring the real-life Captain Buzz Lightyear, which inspired the toy Disney moviegoers found in Andy’s room almost 30 years ago. Starring Chris Evans (Captain America) in the title role, the film is set for launch in theaters on June 17.

We at Disney Fanatic will continue to share Disney Movie news as more developments come to light.