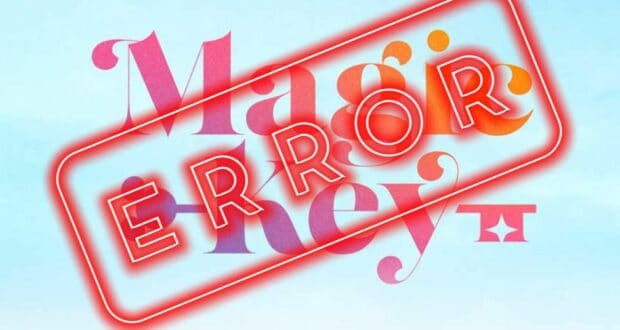 Anticipation has been high in the Disney fanatic community for the renewal of Magic Keys (especially since new Disneyland Magic Key purchases are still off the table, so anyone trying to buy a new Magic Key is out of luck). Now that the virtual queue for Magic Keys is up and running, unfortunately, an error on the Disneyland website is currently making it hard for people to renew their Magic Key Passes!

If you are looking to renew your Magic Key today – the virtual queue page is now loading.

According to journalist Scott Gustin, “the Disneyland payment system is not accepting Disney gift cards as payment for renewal. Disneyland has acknowledged the issue and says they are working on it.” So if you are trying to renew your Magic Key Pass with a Disney gift card, you might find an error message popping up until Disneyland has rectified the situation.

A note if you’re trying to renew online: The Disneyland payment system is not accepting Disney gift cards as payment for renewal. Disneyland has acknowledged the issue and says they are working on it. https://t.co/AZrqM0xAYc

This is not the first time that a glitch or error has happened involving Disney’s website and Magic Key Pass purchases — although the most recent error involved Walt Disney World Resort Annual Passes for Annual Passholders, not Disneyland Resort Magic Keys.

Disneyland will most likely have this Magic Key purchase glitch fixed quickly, since the error was first brought to light last night, but many Disneyland Guests and Magic Keyholders are probably anxious to renew their Magic Keys as soon as possible!