Disney Be Well Welcomes Cast Members, Friends, and Family Back to the First 5K Since 2019

Cast Member-exclusive events are among some of the most memorable perks of working at the Walt Disney World Resort. One favorite event, the Disney Be Well 5K, has not taken place since 2019, prior to the onset of the COVID-19 pandemic. 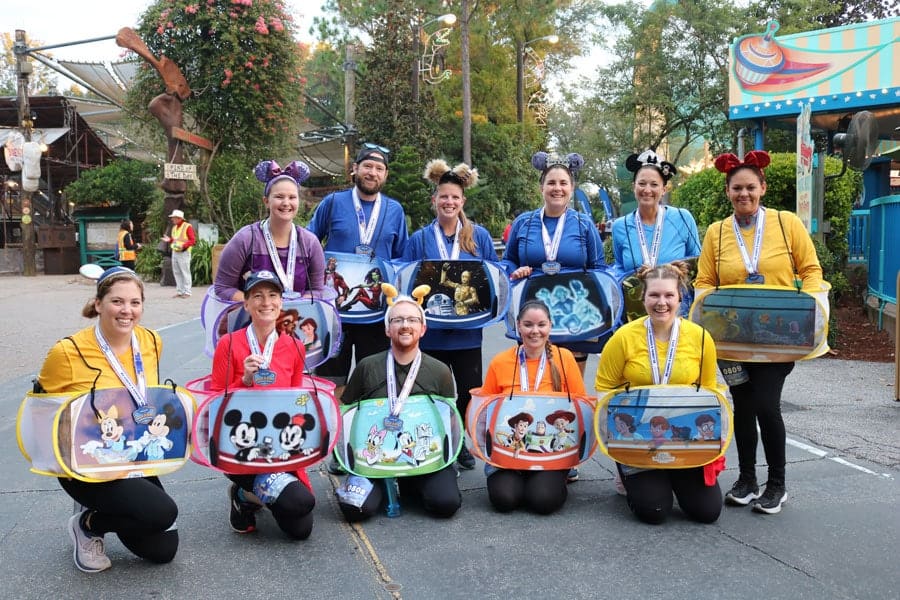 This week, the Disney Be Well team offered a warm welcome back to Cast Members, friends, and family during a 5K event just for them before the morning opening of Disney’s Animal Kingdom. The 5K began by the Tree of Life as the sun rose over the park. From there, runners traveled through the moon of Pandora – The World of Avatar, and by Expedition Everest – Legend of the Forbidden Mountain as the sun’s warmth fell over the park. Making this special event even more magical for Disney Cast Members and their families, was Mickey and Minnie, who joined runners along the route wearing their EARidescent costumes created just for the 50th anniversary of the Walt Disney World Resort. The road race was even held on December 5, to add Walt Disney’s birthday to the festivities!

Runners who finished the route were awarded EARidescent finisher’s medallions created just for “The World’s Most Magical Celebration,” and Cast Members who participated reported being thrilled to be back running through the park for the first time since 2019. Events like this one are only the beginning of exclusive events and offerings created just for Cast Members of the Walt Disney World Resort. Think you might be interested in creating happiness for Guests at Walt Disney World? There is an in-person job fair planned for Monday, December 13, 2021 at Disney’s Coronado Springs Resort and you can also apply to be a Cast Member online anytime at waltdisneyworldjobs.com.