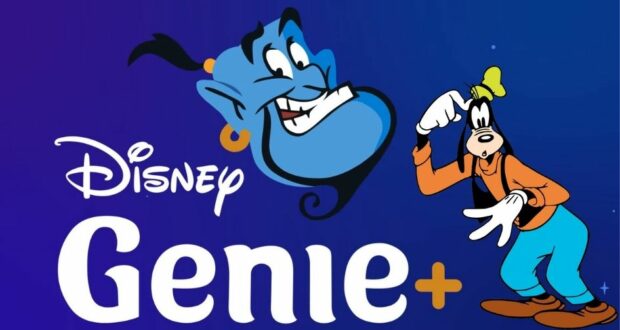 It looks like Disney Genie is here to stay… but we’re seeing some mixed signs from Disney when it comes to its value.

The Disney Genie is the complimentary feature within the My Disney Experience App that helps Guests navigate the Parks. The Disney Genie+ is similar to the former FastPass System but now comes with an upcharge.

The third piece of the Genie puzzle is the individual Lightning Lane attractions which are available for popular rides such as Magic Kingdom’s Seven Dwarfs Mine Train, allowing Guests to buy their way past the wait for an a la carte price.

But is Disney Genie+ WORTH the upcharge? Disney has been sending mixed signals!

We previously shared that now on Disney’s website Genie+ has added the verbiage: “On average, Guests can enter 2 to 3 attractions or experiences per day using the Lightning Lane entrance if the first selection is made early in the day.”

Now, a push notification is being sent to Disneyland Resort Park Guests noting, “Pardon The Inconvenience: We strongly encourage you to check today’s Lightning Lane availability and other Park details before purchasing Disney Genie+ service, as purchase of Disney Genie+ service is nonrefundable. We apologize for any inconvenience.”

@ScottGustin took to social media to share a screenshot of the Disneyland App notification along with, “There is nothing normal about Disneyland actively discouraging people from purchasing Genie+. This is wild, folks.”

We’d have to agree that it’s very odd to see a Disney Park actually discouraging Guests from purchasing Disney Genie+.

Whether the issue is crowds in the Park or the confusion on if the service is refundable once Disney fans are disappointed in the service is unclear.

The experience of Disney Genie+ looks like it still has some issues to work through for the Theme Park fandom to get on board with the new upcharge service.