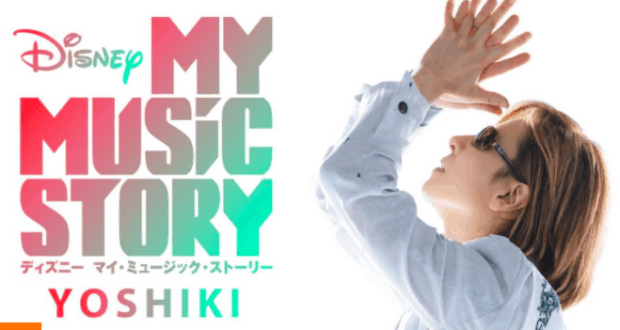 Those with Disney+ in the U.S. can look forward to the premiere of the Japanese special “My Music Story: YOSHIKI” as it will debut on Friday, February 5th.

YOSHIKI is the internationally-renowned rock star, named “one of the most influential composers in Japanese history.”

In the Disney+ original, which is subtitled in English, YOSHIKI performs reimagined versions of two Disney classics: “Let It Go” from Frozen and “Can You Feel the Love Tonight” from The Lion King, along with his own compositions. YOSHIKI also gives viewers a behind-the-scenes look at his recording process and how he shaped the arrangements in his Hollywood studio.

YOSHIKI fans can also be excited not just for the premier of this Disney+ show but also for many other projects and accomplishments that are coming in 2021 or have been wrapped up in 2020.

Will you be watching this show on Disney+?