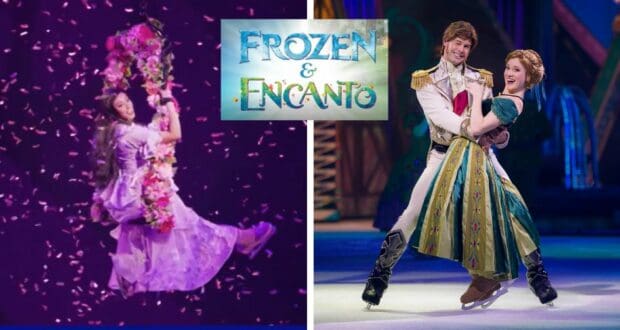 The Disney magic is alive and well — and sometimes icy — in this new version of Disney on Ice! If you loved the Walt Disney Animation Studios Frozen films and fell in love with the new Walt Disney Animation Studios movie Encanto last year (and its famously-catchy musical numbers), then you might want to make the effort to head out for a viewing of this show, which is called Disney on Ice Presents: Frozen and Encanto.

Good Morning America recently provided some extra motivation for you, via this behind-the-scenes look at the most exciting Frozen and Encanto scenes that are being recreated by professional ice skaters in some dazzling ice skating performances!

There have been plenty of Disney on Ice shows before 2022, but the addition of Encanto to this show means that the ice skaters — and aerial artists — are actually bringing a lot of very new experiences to their audiences.

You can expect a flying midair performance of “What Else Can I Do?” from Isabela and Mirabel, donkey ice skaters who dance with Luisa during “Surface Pressure”, a thrilling rendition of “We Don’t Talk About Bruno”, and more! 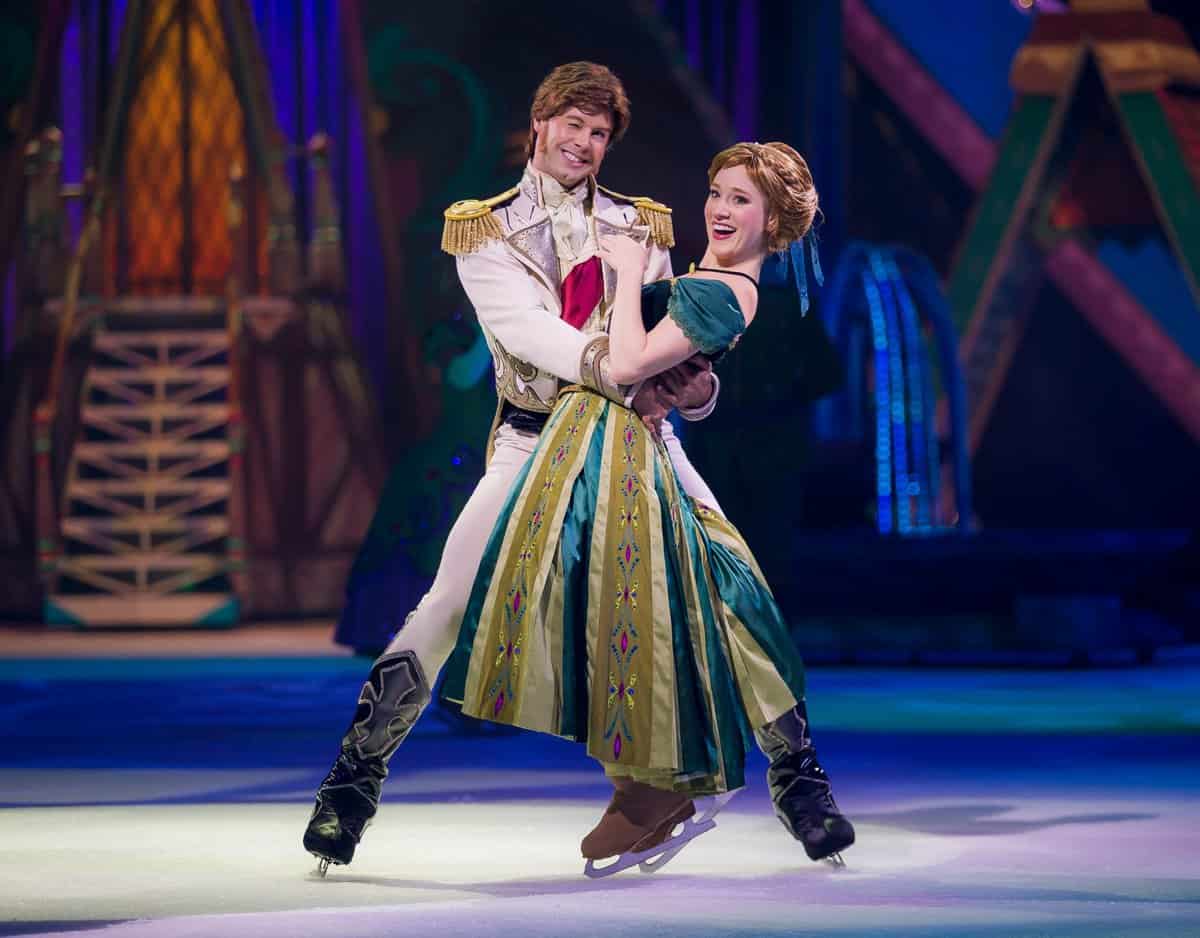 Anna and Hans are demonstrating some dazzling ice skating during Disney on Ice Presents: Frozen and Encanto. Credit: disneyonice.com

According to the show director, Adam Loosley, “this one’s really special because we get to dive into two different stories. [In] the first Act, we go to Arendelle. We learn all about Frozen and we follow our favorite characters. It’s all icy cold, blue colors.”

“And then we get to journey to Colombia in Act Two,” Loosley explains. “[For the] first time ever, we get to see the Encanto characters come to life, to ice. And it’s vibrant, and it’s full of a lot of color, and life, and music.”

Ensemble skaters, pair skaters, and soloists are all involved in the Disney show.

Quiesto Spieringshoek, the professional ice skater who plays Felix Madrigal (as well as the show host), added that “dancing the way, feeling the energy” of Felix as he performs “We Don’t Talk About Bruno” is his favorite. Magic is “what we want to give” to audiences, he said.

“I want people to come here to escape from some of the pressures that are in the world today,” show director Loosley added.

Some ice skaters had to learn new skills; one ice skater learned to juggle a giant globe while she plays Luisa, and another ice skater, who plays Isabela, was apparently game to learn some aerial arts so that she could perform the big flying sequence as Isabela! 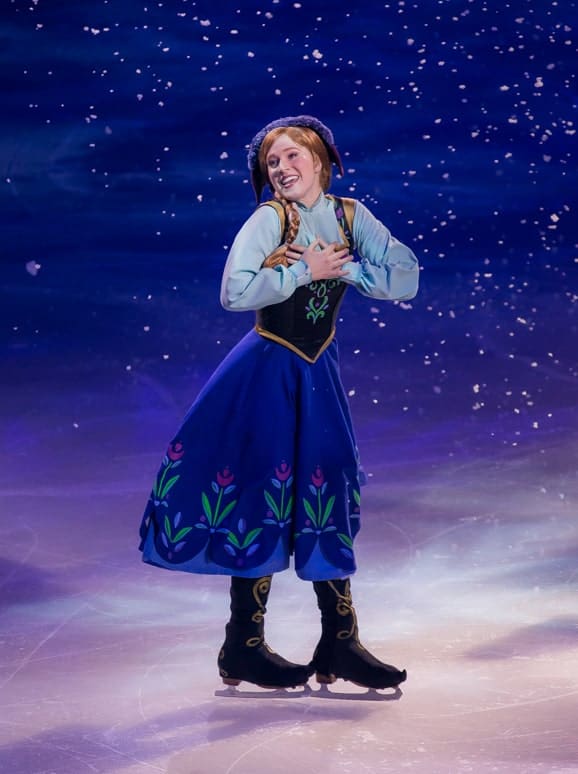 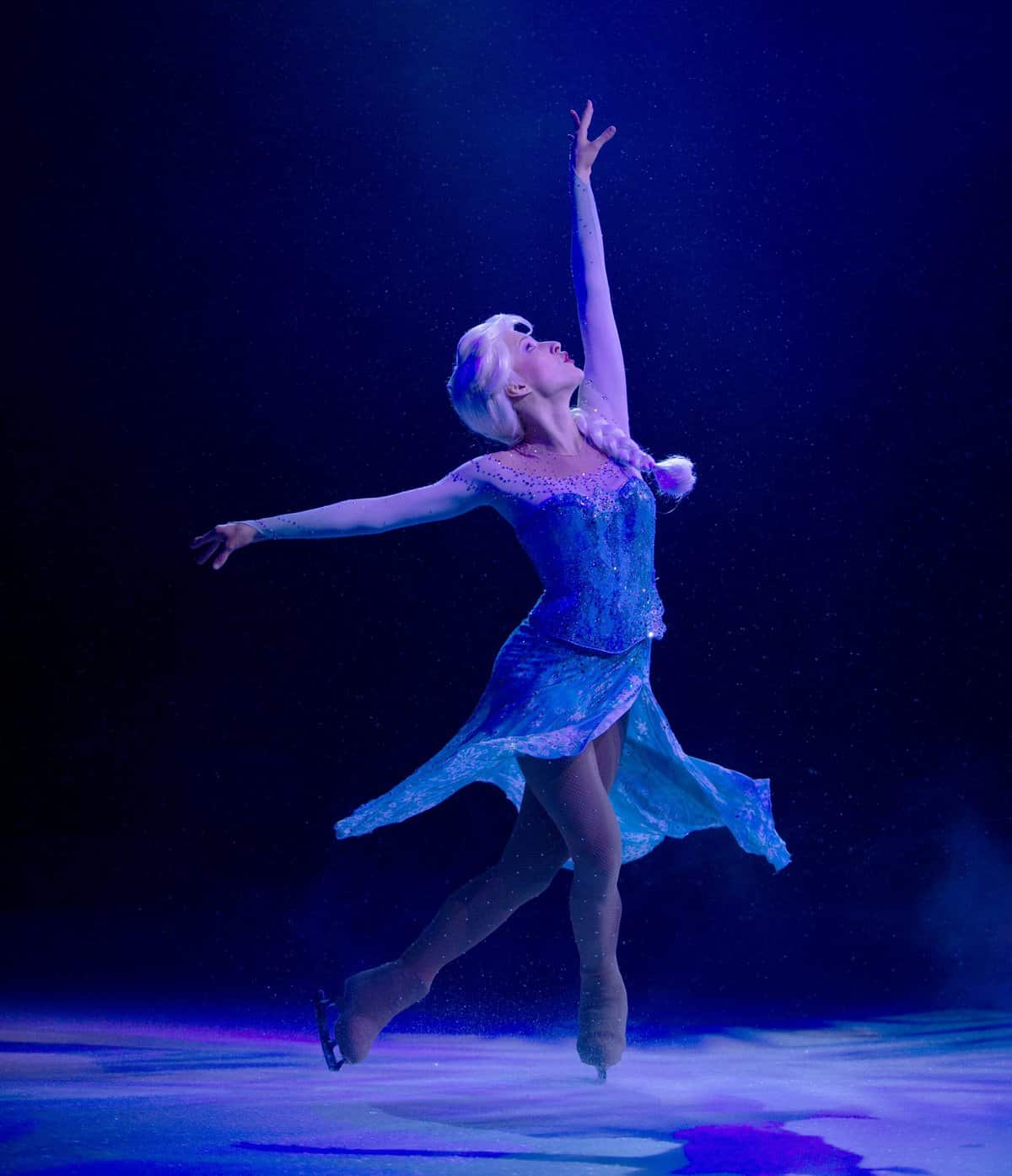 As if vibrant in-person renditions of “We Don’t Talk About Bruno” and “Surface Pressure” (which features Luisa and her donkeys) weren’t enough, Encanto fans will also be treated to some astounding aerial acrobatics performed by Mirabel and Isabela during “What Else Can I Do?”!

Take a look at a glimpse of that beautiful scene in the photo below! 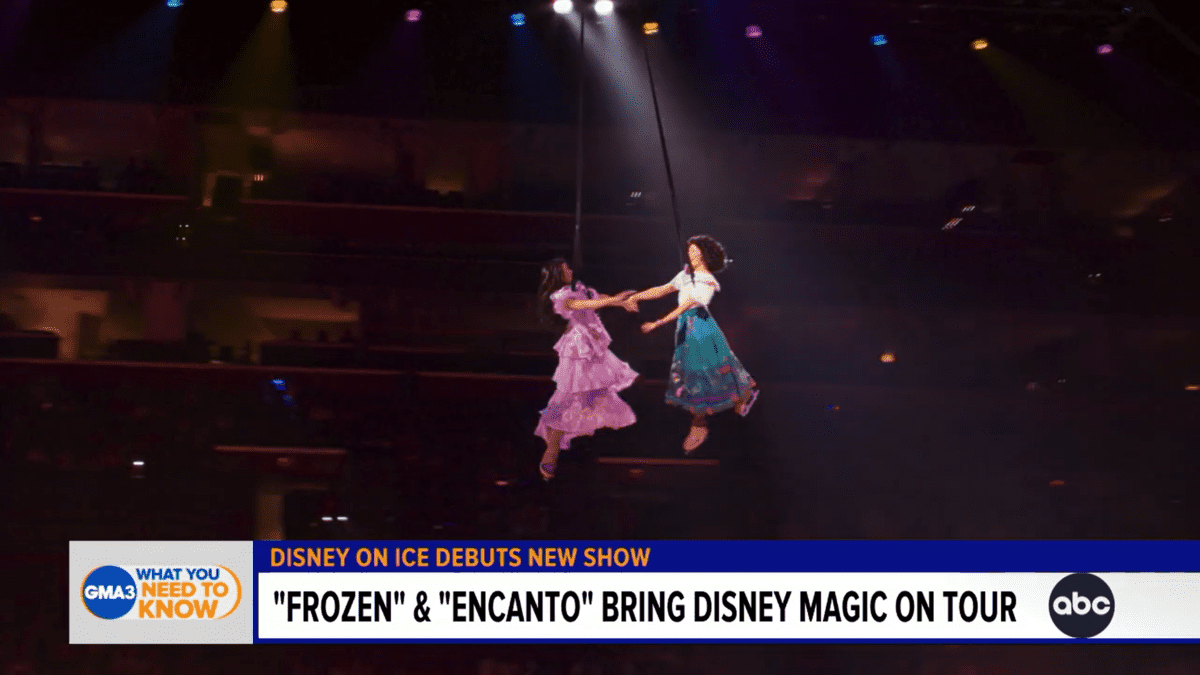 It is clear from the Good Morning America special that this Disney on Ice show — which took a year to develop — will be sticking to the Frozen and Encanto storylines in a way that works beautifully.

According to one ensemble skater, the performers love it when the crowd sings along — especially during “We Don’t Talk About Bruno”!

Are you going to buy some tickets for a Disney on Ice Presents: Frozen and Encanto performance near you?

Check out the full video from Good Morning America (featuring plenty of incredible footage from the new Disney on Ice show) here!