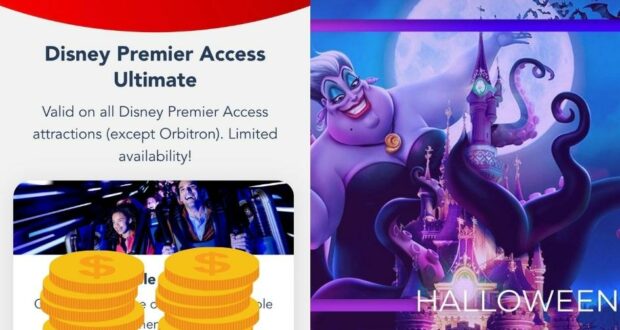 The days of the complimentary FastPass system are over at the Disney Theme Parks. Disney CEO Bob Chapek and CFO Christine McCarthy have made it clear that extra-cost line-cutting options like Lightning Lane Access are sticking around at the Walt Disney World Resort in Florida, as well as the Disneyland Resort in California and the Disneyland Paris Resort.

The pay-to-cut systems differ based on the different Resorts, but we at Disney Fanatic have just realized that it costs more to have ‘ultimate’ line-cutting access than it is to attend the upcoming extra-ticketed Halloween Party.

This news was brought to this reporter’s attention by Disneyland Paris Insider @DLPReport, who shared on Twitter that Disneyland Paris has a new line-cutting option called “Disney Premier Access Ultimate.” This paid service provides Guests with one-time access to every Disney Premier Access ride and attraction throughout the day. Offered on a “per Guest per day” basis, the Ultimate Access will cost €90 on the weekdays and €140 on the weekends and then every day starting June 25.

We at Disney Fanatic found confirmation of this new option on Disneyland Paris’ website as Guests can now choose between an a la carte access called “Disney Premier Access One” or the ultimate access. 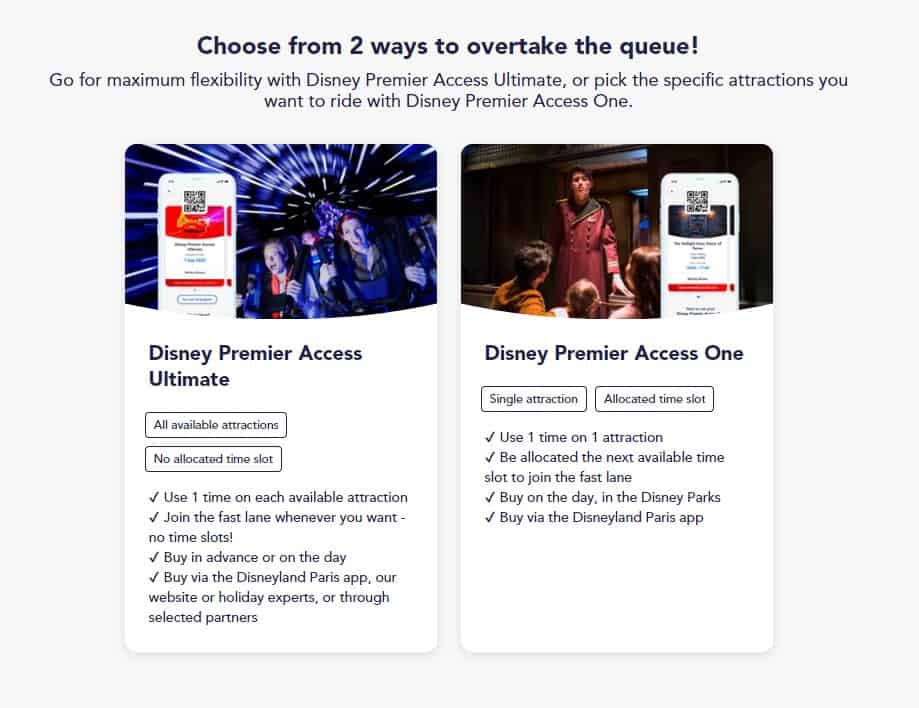 Meanwhile, tickets to Disneyland Paris’ Halloween Party, the Disneyland Paris Halloween Soiree, have gone on sale, and the prices for this extra-ticketed event–even the one on October 31–are less than FastPass’ add-on replacement! Tickets are priced at less than €90.

🎃 Tickets for the Disneyland Paris Halloween Soirées are now on sale! They are priced at:
– €79 for the October 29 Party
– €89 for the October 31 Party
Book below (under the “experiences” tab):
➡️ https://t.co/KH3aGfWC6Y pic.twitter.com/OpUqsFVCak

While the addition of an ultimate Disney Premier access option makes sense, Guests seeking some semblance of the pre-pandemic FastPass days are going to have to spend more money on their normal days in Disneyland Park and Walt Disney Studios Park than they would attend a special, extra-ticketed event.