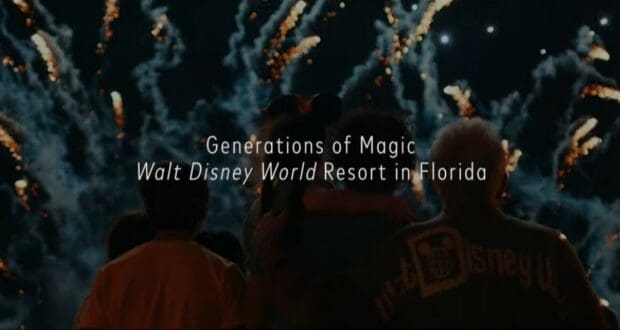 The Walt Disney World Resort is partnering with the national travel organization Brand USA on a global marketing campaign to increase the number of international tourists.

Brand USA, a national public-private partnership that markets U.S. travel destinations abroad, is spotlighting Disney World in the most recent installment of its United Stories campaign.

A new Disney World commercial premiered at that meeting, featuring a Grandfather purchasing an “Adventure Book” from Disney/Pixar’s Up and spending the rest of the family vacation with his granddaughter, taking in the highlights of the Magic Kingdom, EPCOT, Disney’s Hollywood Studios, and Disney’s Animal Kingdom, while a voiceover reads a letter he wrote to her. The ad ends, inspiring visitors to  “turn today’s magic into tomorrow’s cherished memories at The Most Magical Place on Earth.”

Readers can watch the commercial here:

It is unclear at this time how much Disney is financially contributing to this campaign.

Before the pandemic, around 20% of the total visitors to Disney’s domestic parks at the Disneyland Resort in California, and the Walt Disney World Resort in Florida, were international, and since covid-justified travel restrictions ended in November 2021, that number of global travelers has started to increase once again.

According to Brand USA, 11 destinations will be included in their United Stories campaign. But, Disney World is the only participant that is not a city, state, or region.

“The fact that Disney wanted to be part of this program and wanted to tell their stories … was really compelling,” Thompson said.

Disney’s marketing will be translated into eight different languages, including French, Spanish, and Portuguese.