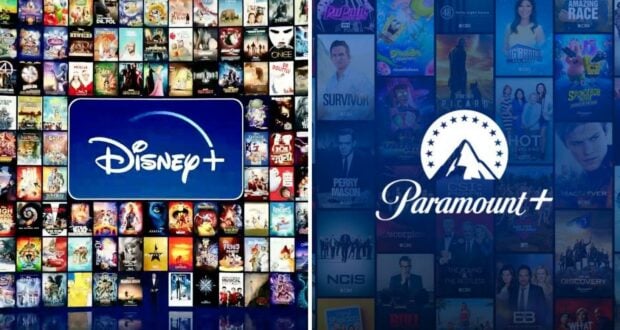 Since The Walt Disney Company launched its now-global streaming service, Disney+, intense competition with Netflix has raged. But there is a new, mountainous competitor on the horizon that the Mouse House should be paying attention to more than Netflix: Paramount+.

From Yellowstone to Nick Jr., Paramount+ meets Disney+ on a crucial plane that Netflix simply can’t. It can provide a plethora of iconic legacy content for all ages, arguably on the same level of quality.

Paramount+ still has work ahead of it to wrangle as much ViacomCBS content as Paramount Mountain. This reporter has the sneaking suspicions that the biggest battle of the Streaming Wars is yet to begin.

Disney+ has been a dominant streaming service when it comes to children’s content, but Paramount+ is making it known that it is amassing just as much competitive content from Spongebob Squarepants to Avatar: The Last Airbender. Their latest commercial also shows us Peppa Pig, Dora the Explorer, Teenage Mutant Ninja Turtles, and Blues Clues.

Most, if not all, of these beloved franchises have already been available for streaming. But, it is clear that Paramount+ (formerly CBS All Access) wants to make it known that it is the home of Nickelodeon cartoons.

2. Paramount+ has Halo and Other Legacy-Based Original Programming

While Disney+ continues to expand Star Wars Universe, Paramount+ is gearing up to bring Master Chief and the Halo universe to life in an original live-action series. The video game saga is engrained in millennials and will undoubtedly draw subscribers to the platform just for Halo as The Mandalorian did for Disney+.

But Paramount+ has more top-quality original content like the Star Trek series Picard and Star Trek: Discovery, as well as the Yellowstone prequel series 1883.

Paramount+ is also taking from Disney+ playbook, rebooting or revitalizing old shows like iCarly, Rugrats, and even The Twilight Zone, to name a few.

Paramount+ is also working with CBS to bring live sports into the streaming realm, just as Disney is working with ESPN and Hulu. The platform already streams NFL and college football games, as well as European soccer games. It plans to stream March Madness games next month.

While Disney–at least domestically–divides its streaming duties among Hulu and ESPN+, Paramount+ appears to provide everything in one place, so there seems to be an extra level of ease there.

Paramount+ also appears to have a deal with Prime Video that allows Prime users to add Paramount+ as a channel to their Prime service, which only increases their reach.

In this reporter’s opinion, Netflix will continue to dwindle so long as it continues to lose the legacy programming it once hosted. As the big brands reclaim their franchises and unify their distribution, it is clear that there is a force building on Paramount Mountain that is getting ready to storm the Castle.