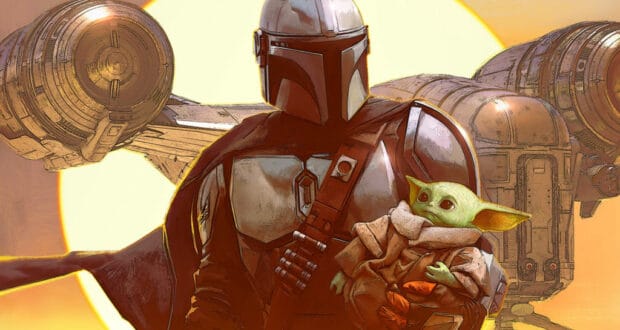 “The Mandalorian” Season 3 May Be More Violent and Dark

Star Wars has continue to reach audience members of all ages with new storylines that stay in the PG-13 range; however, this might be changing with season 3 of The Mandalorian.

According to our intel, with Baby Yoda out of the picture for the time being, the next batch of episodes is being looked at as a soft reset of sorts, with Mando set to go on some dicey adventures that will up the ante in terms of the violence in the action scenes and introduce much weightier themes. Of course, this is still Disney we’re talking about, so it’s not going to alienate the young’uns, but we could well be seeing a more mature approach to the material when The Mandalorian returns next year.

Star Wars has always been something families could watch together. One of the reasons why Star Wars has endured for so long as one of the most beloved brands in popular culture is that the wide-ranging appeal of the mythology has entertained multiple generations, and a new batch of young fans are created all the time.

When The Force Awakens was released, there were plenty of heartwarming stories making the rounds about the kids that had gone to see A New Hope on the big screen having taken their own children to The Phantom Menace, who now had little ones of their own that they’d brought to Episode VII to bring three generations of the same family together.

Would you like to see a little darker storyline or do you prefer the PG-13 stories?