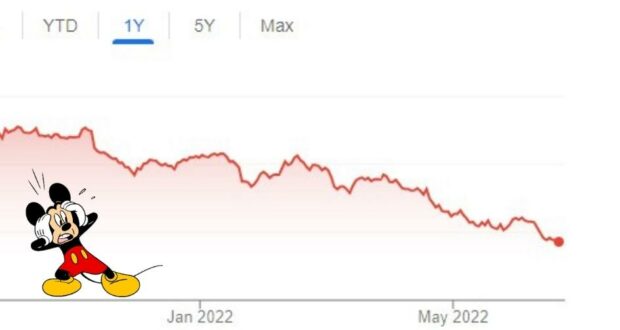 The Walt Disney Company’s stock price closed on Tuesday, June 21, at $93.29/share, almost 50% less than what its shares were worth a year ago.

Awarded the title of the worst-performing stock in the Dow Jones Index, Disney has faced a perfect storm of incidents that have sent its stock price sliding for most of 2022, with many putting the blame on Disney using the slogan “Go woke, go broke.”

All gains made over the last five years have also been lost, and now the Mouse House is sitting -10.61% over the past half-decade. 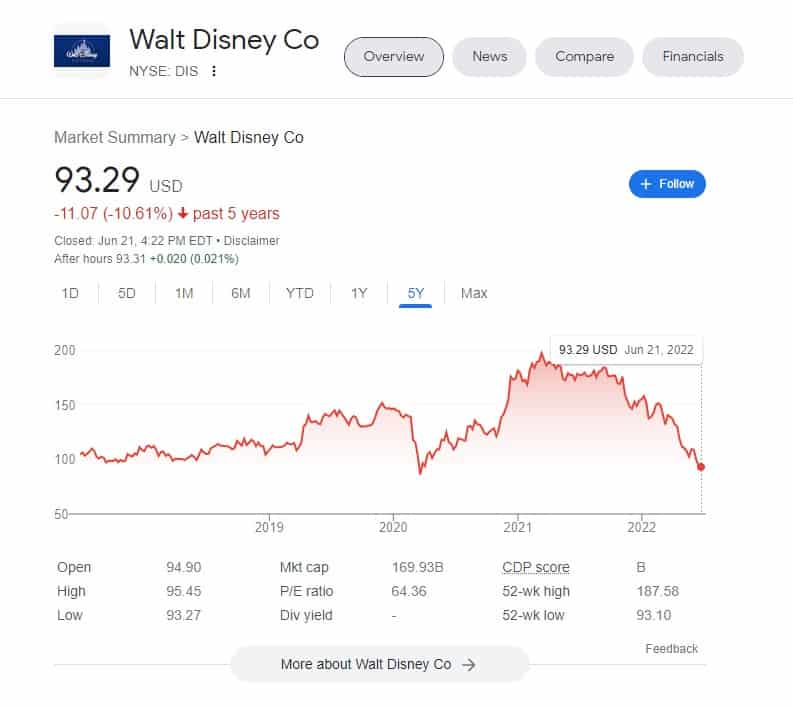 Most of this downfall appears to have occurred after Disney, under the leadership of CEO Bob Chapek, decided to take more overtly political stances, pitting itself in a culture war with the state of Florida led by Governor Ron DeSantis. The culture battle that was sparked by Disney declaring it was going to use its financial influence to overturn the state’s Parental Rights in Education legislation was last seen with the men and women of Tallahassee electing to terminate Disney’s Reedy Creek Improvement District and potentially prohibit the enaction of much of the companys’ Reimagine Tomorrow initiatives with the passing of the “Stop Wrongs Against Our Kids and Employees Act”(or “Stop W.O.K.E. Act for short). Meanwhile, although it is not confirmed to be a related incident, Disney has decided to delay the transfer of over 2,000 jobs from Southern California to Central Florida until 2026. 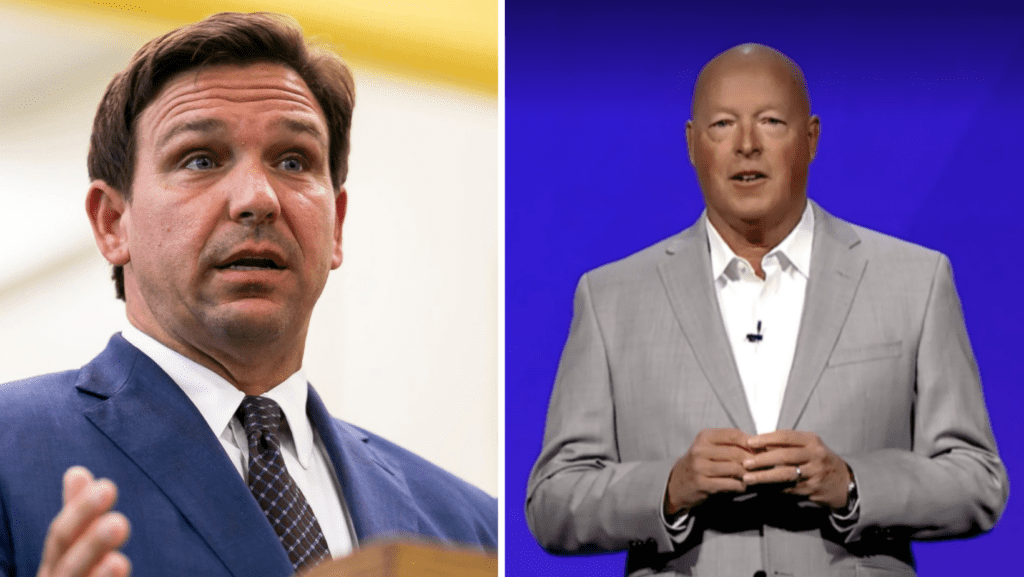 Outside of the Sunshine State, lockdowns have kept Disney from making more profitable ground in its precious secondary market, Communist China, and its insistence on retaining LGBTQ+ scenes resulted in Pixar Animation Studios’ first return to theaters since Onward from appearing in several international markets. Disney also faces losing the copyright of the Mickey Mouse short, Steamboat Willie, to the public domain.

We at Disney Fanatic will continue to monitor this and other Disney news, and we will update our readers as more developments come to light.