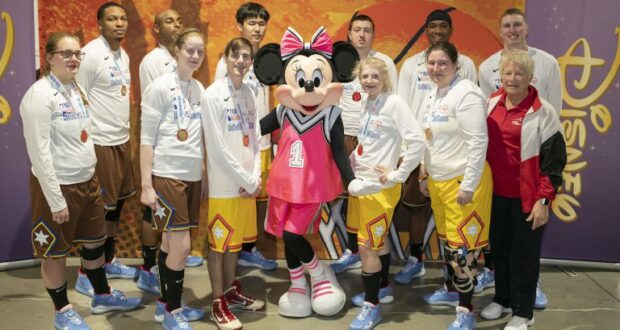 According to the blog post, “thousands of athletes, families, and fans in attendance for the games will be treated to legendary entertainment – sprinkled with a little magic – with an exciting Opening Ceremony produced by Disney Live Entertainment”. Since entertaining audiences, embracing the art of the spectacle, and increasing excitement in a crowd are all Disney’s bread and butter, it seems safe to assume that anyone attending the 2022 Special Olympics at the ESPN Wide World of Sports Complex will not want to miss the Disney-produced Opening Ceremony! Disney has been involved with Special Olympics Florida for a long time, so the involvement of Disney Live Entertainment in this year’s Special Olympics Opening Ceremony is nothing new. Many of the state events or local events for the Special Olympics have been staged at Disney’s ESPN Wide World of Sports Complex, and Disney has also “included additional sponsorship and in-kind support for the USA Games”.

Disney will also be carrying on with its usual volunteer efforts during the summer games, with Cast Members and volunteers from the community stepping up to help out the crowds supporting the athletes who are competing. 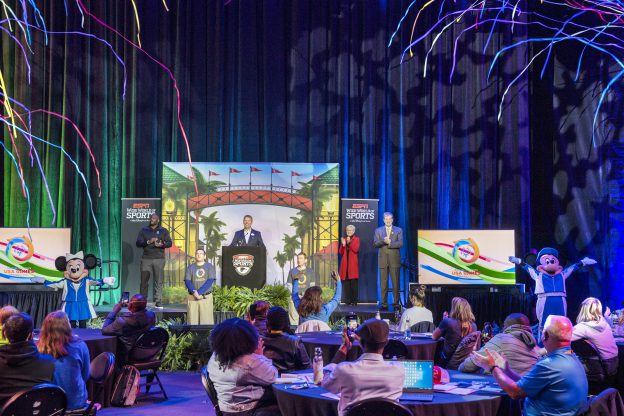 Guests who are interested in learning more about the Special Olympics in Florida and the plans that Disney Live Entertainment has for the Opening Ceremony of the summer games are encouraged to keep checking back on the Disney Parks Blog as June draws closer. We’ll be keeping an eye on these plans as they develop here at Disney Fanatic, too!

Did you know about Disney’s involvement with the Special Olympics, and Disney’s volunteer programs for its Cast Members?