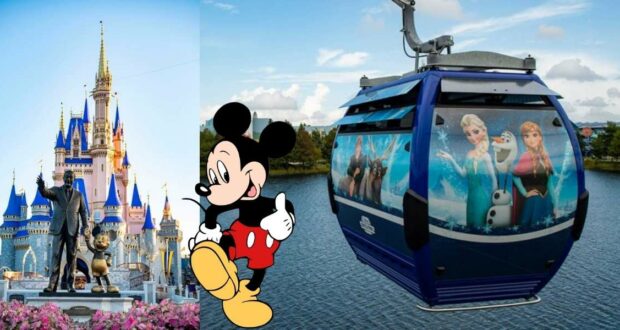 In a recent conversation, some people praised Disney World’s transit system and hailed the Disney Park as an environment “we dream of.”

The Walt Disney World Resort is beloved by fans all over the world for being “The Most Magical Place on Earth.” The Disney Resort is home to four Disney Parks: EPCOT, Magic Kingdom, Disney’s Hollywood Studios, and Disney’s Animal Kingdom, and has myriad rides and attractions that have Guests flocking to any Disney Park for a Disney vacation and a chance to live that Disney magic.

At Disney World, Guests have the chance to frequent their favorite ride and attraction, and it’s home to many. Think “Space Mountain,” the soon-to-be-replaced “Splash Mountain,” “it’s a small world,” “Jungle Cruise,” “Haunted Mansion,” and more.

Recently, some Guests highlighted a less-talked-about feature of the Parks that they appreciated. Reddit user u/Thetransitkingg posted on the social media platform questioning the state of public transit in the United States, considering how well-designed Disney’s transit systems were.

What does it say about the state of transit in the United States when the Walt Disney World Monorail is the 9th largest rapid transit system in the country? (@the_transit_guy) from fuckcars

In the comments, people were largely appreciative of this feature of Walt Disney World. However, many conversely also questioned the public transit system in the city of Orlando, Central Florida.

u/nothinTea said, “I was just there this summer and remembered thinking that the parks have the MOST options for transportation (buses, monorail, boats, and even a gondola system now) but still not convince the ppl of Orlando to put in an extensive light rail due to the MASSIVE number of tourists that shouldn’t need to drive to go to a drug store or similar.”

u/shaodyn added, “Disney World is basically what we all want to live in. A walkable city built for people, with good public transit and no cars allowed.”

Walt Disney World Resort is home to various kinds of transit that Guests can use. There are plenty of options for Disney transportation. Alongside Disney’s Monorail, a complimentary bus, ferry, or water taxi system for Disney Resort hotel Guests, the Disney Skyliner transportation system, and the Minnie Van system. Guests can also pick from many a Walt Disney World Resort hotel including Disney’s Caribbean Beach Resort, Grand Floridian Resort, Disney’s Contemporary Resort, and more to avail some of these options.