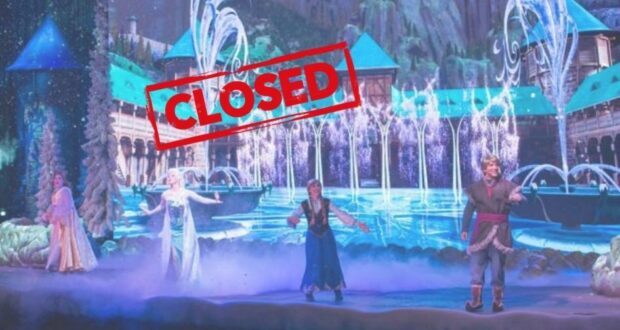 It has come to our attention that a fan-favorite show at the Walt Disney World Resort will be closing for a scheduled refurbishment set to last just under a month at the end of this summer.

“For the First Time in Forever: A Frozen Sing-Along Celebration” will close its doors at Disney’s Hollywood Studios beginning at the end of August but reopen to Guests by mid-September. 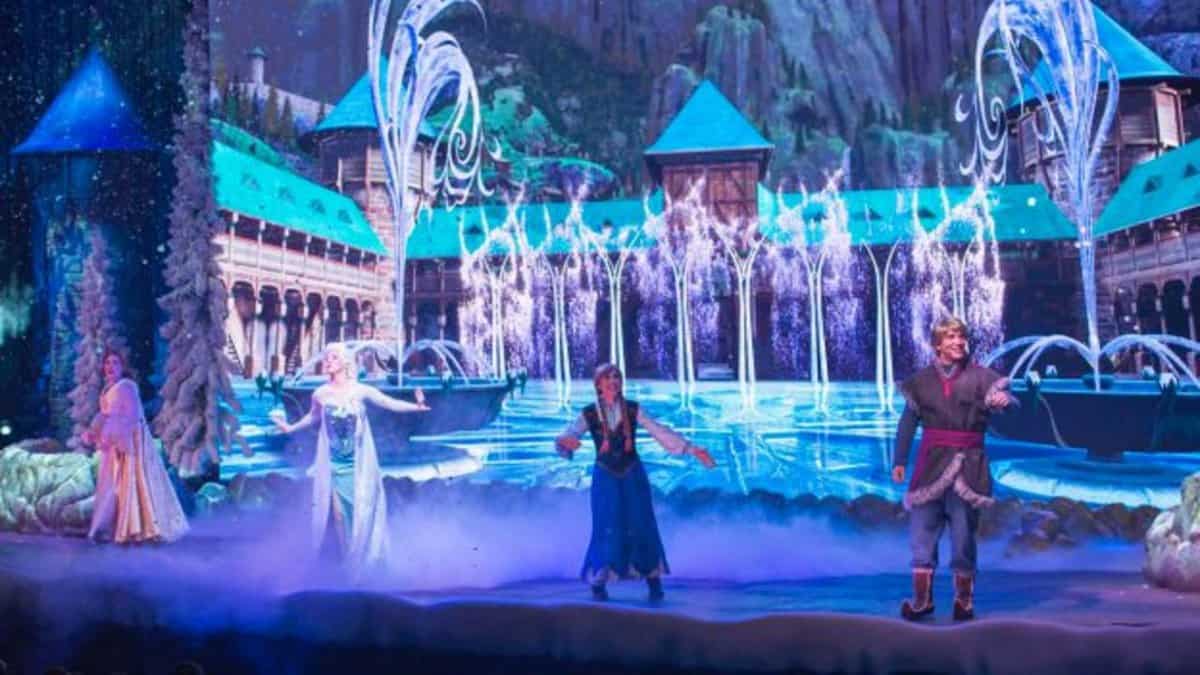 This news comes from the Walt Disney World Resort website, which shows that now show times are scheduled beginning Monday, August 22, 2022, through Mid-September. It is unclear at this time what Walt Disney Imagineers have planned for the refurbishment, but we at Disney Fanatic have no doubt that it will only increase the amount of wintery magic felt by all the Guests who join in the fun of this experience. 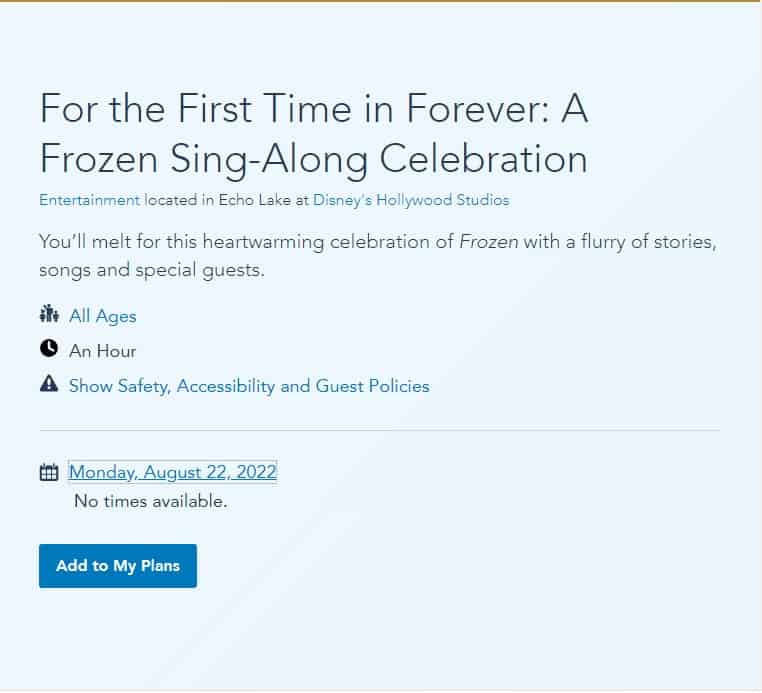 Combining film with live performances, “For the First Time in Forever” retells the instant Disney classic that introduced Elsa, Anna, Olaf, Kristoff, Svenn, and the rest of the Kingdom of Arendelle to the world. The show is led by some hilarious narrators with some appearances from everybody’s favorite characters and capped with sing-along opportunities for all of the popular songs such as “For the First Time in Forever,” “Love is an Open Door,” Do You Want to Build a Snowman?”, and, of course, “Let it Go.” 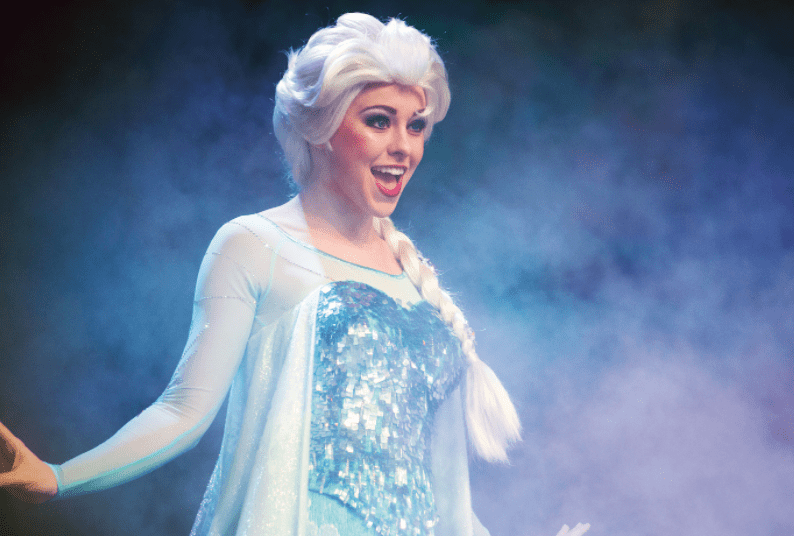 Disney officially describes the show as the following:

The Snow Must Go On

Drift over to your seat in the theater and listen spellbound as the Royal Historians of Arendelle recount the frosty story of their enchanted kingdom. Watch as thrilling moments from the movie play on-screen, then cheer as Anna, Elsa and Kristoff appear to sing along with the audience! Projected lyrics make it easy to belt out irresistible show-stoppers like “Let It Go.”

Other special surprises and magical touches make this show a real royal treat!

Disney’s Frozen, as well as the rest of the franchise, including Olaf Presents, is available for streaming now on Disney+. Guests visiting the Walt Disney World Resort during this time can also take advantage of other Frozen experiences, including the Frozen Ever After attraction and character meet and greet opportunities at EPCOT’s Norway Pavillion.