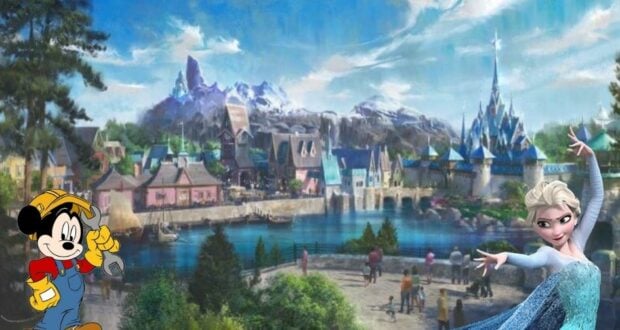 Construction continues to be a common denominator when comparing the different Disney Parks and Resorts around the world. But with the frustration of seeing construction walls in the Parks comes the excitement of Disney fans being able to soon experience even more magic.

Recently, we have continued to report on construction updates at the Disneyland Resort, as well as EPCOT and the Magic Kingdom Park at the Walt Disney World Resort. The Downtown Disney District renovations are underway, TRON: Lightcycle Power Run has begun the track testing, and Guardians of the Galaxy: Cosmic Rewind is officially on the Disney map as it prepares for its summer opening. 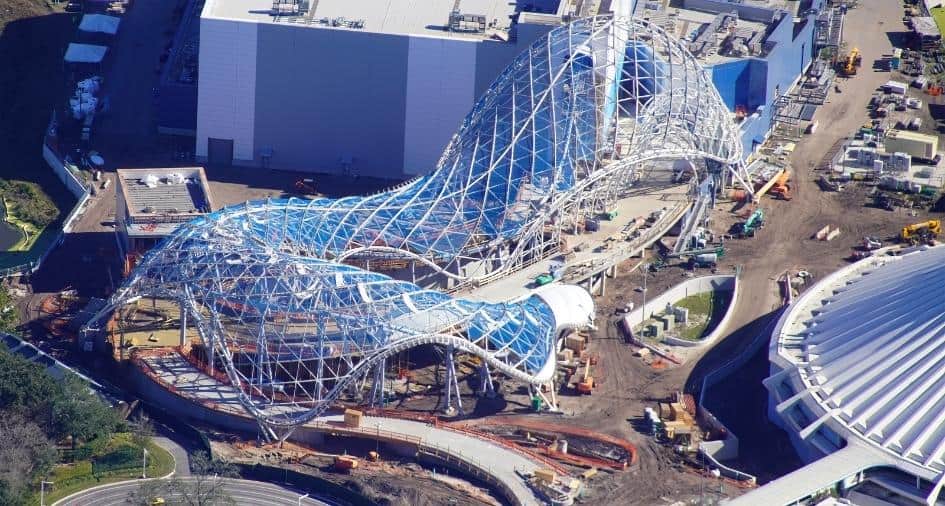 Now, our attention moves across the Atlantic to the massive expansion happening at Disneyland Paris’ second gate, Walt Disney Studios Park, where construction of a Frozen-themed land is currently underway.

Disneyland Paris insider @DLPReport shared a picture of the current progress the Disney Resort has made on Arendelle, saying:

“Beyond Hollywood Blvd, an assortment of cranes and trucks is working on the backstage marina, placemaking for the Arendelle waterfront, Frozen show building and the lake.”

🔧 Beyond Hollywood Blvd, an assortment of cranes and trucks is working on the backstage marina, placemaking for the Arendelle waterfront, Frozen show building and the lake: pic.twitter.com/N89CTgBEoT

First announced at a D23 Expo, Arendelle — The World of Frozen is one part of a massive expansion of Walt Disney Studios Park that includes the addition of its own Star Wars: Galaxy’s Edge and Avengers Campus. The Park also has its own Tower of Terror as well as a significant amount of Pixar IPs that include a Toy Story Land and the original version of Remy’s Ratatouille Adventure.

A new Frozen land is also expected to be built at Hong Kong Disneyland Resort and Tokyo Disneysea, giving Queen Elsa, Princess Anna, and all their Frozen fans permanent homes in the Disney Parks.

There is little doubt, in this reporter’s opinion, that once Disneyland Paris’ sister Park finishes her glow-up with Walt Disney Imagineering, she will be one of the most exciting Disney Theme Park in the family, just like Disney California Adventure.

Meanwhile, Disneyland Paris is celebrating its 30th Anniversary with brand new shows on and around Disneyland Park’s Sleeping Beauty Castle, and the official return of normal, huggable character encounters, among other things. Mask mandates and vaccine mandates have also been lifted.

We at Disney Fanatic will continue to update our readers on the new land and all other Disneyland Paris news as more information comes to light.