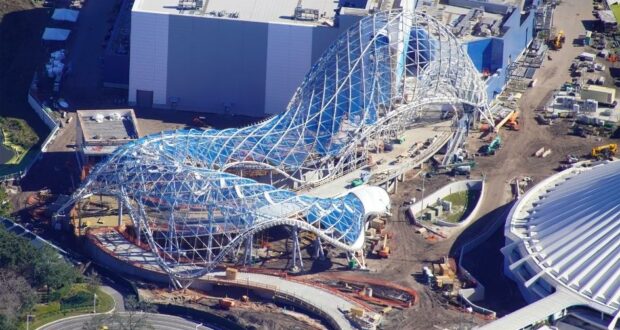 The latest addition to Magic Kingdom Park’s Tomorrowland is getting closer to a highly-awaited opening.

Aerial footage of the TRON Lightcycle Power Run roller coaster was posted to Twitter from @bioreconstruct on January 30, 2022, and provides some speculative insight into what fans can expect from the attraction’s final form.

“Yellow line seems to be the steam train route through Tron site. Work can be seen parallel to this possible route. Yellow line matches Space Mountain track and known location of the tunnel under the walkway.

“Blue liens in this aerial photo outline the raised walkway at Tron.”

Blue lines in this aerial photo outline the raised walkway at Tron. Yellow line is the likely steam train route, under the walkway. pic.twitter.com/IeL3cFNxo8

Here’s a better look at the raising canopy and where the tracks for the Walt Disney World Rail Road might be replaced.

Yellow line in this aerial photo of Tron is approximate route of the steam train under the elevated walkways. pic.twitter.com/Fm9QFOlx1o

From a more zoomed-out view, we can see a sight very similar to the proposed concept art, particularly regarding the entryway being from alongside the exit of Space Mountain. The trained Disney Fanatic eye can also make out the old train route. 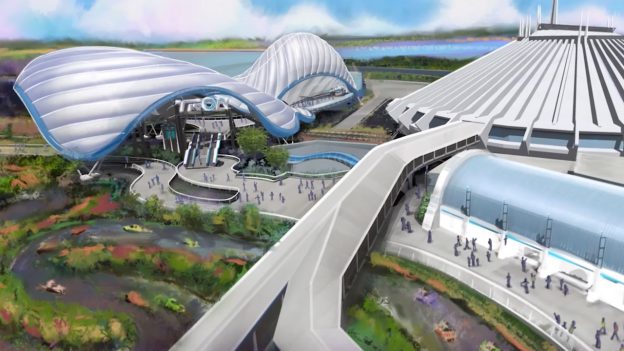 Experience high-speed thrills and chills as the Grid comes alive in a heart-pounding race for survival. Created as a friendly way for “Programs” and “Users” to interact, the Power Run pits team against team in the quintessential quest to capture 8 Energy Gates and triumph over opponents.

Prepare for digitization after entering the portal—this is your access into the energy, lights and excitement of TRON’s high-tech universe. As you leave the real world behind, you’ll proceed to the games as a member of Team Blue, ready to compete against some of the Grid’s most menacing Programs. 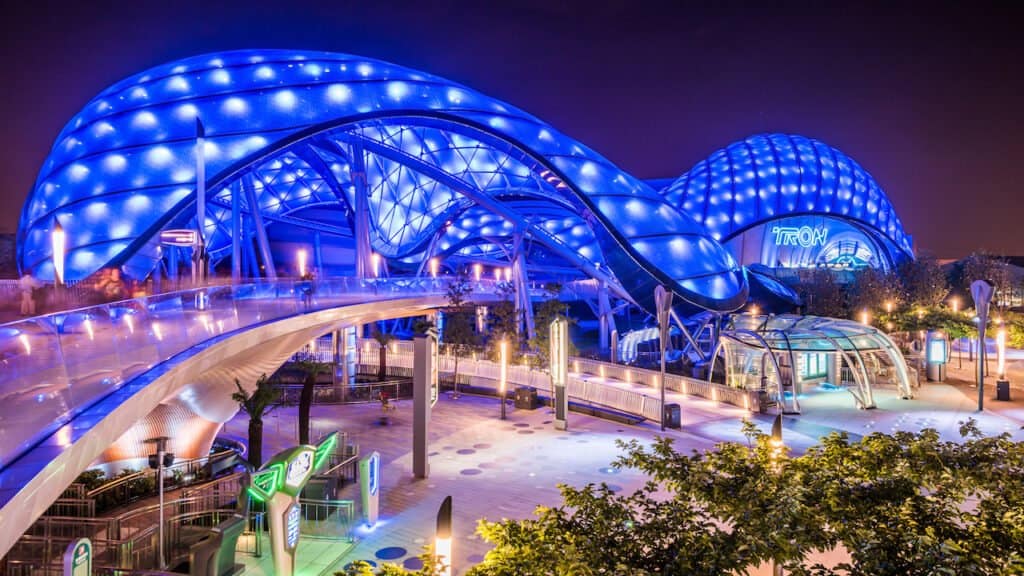 It is still unclear at this time when Disney World Guests will get to sync with their very own Lightcycle and take to the Grid, but we at Disney Fanatic will keep our readers up to date on attraction stories like this as more details come to light.