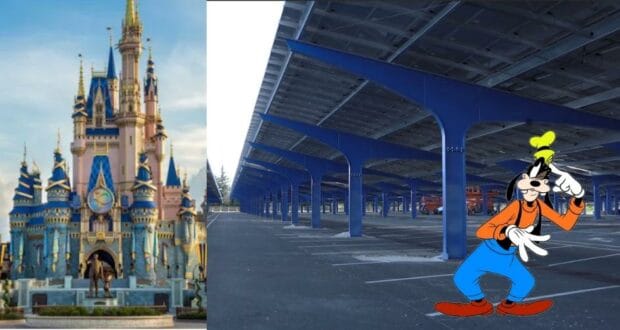 It appears that the solar panels are continuing to take their place as energy-generating coverage on Disneyland Paris‘ parking lot, and we at Disney Fanatic are left wondering if such a project should–or could–be done to the parking lots of the Walt Disney World Resort.

This question resurfaced in our minds when an image shared by DLP Report earlier this week showed the progress at Parc Disneyland so far, saying:

“Guest Parking is starting to look like a sea of solar panels. The gap will eventually be filled once the project is complete. Very cool!”

🔋 Guest Parking is starting to look like a sea of solar panels. The gap will eventually be filled once the project is complete. Very cool! pic.twitter.com/MPgWKO9m7j

The green energy project was announced for Disney’s European Resort on October 22, 2020. In a special Earth Day update, they stated that as of April 22, 2021, “about 12,000 panels have already been installed, covering 1,770 parking spaces.”:

Developed in collaboration with Urbasolar Group through a co-investment, the plant located in the main guest parking lot will contribute to the reduction of Val d’Europe local territory greenhouse gas (GHG) emissions by approximatively 750 tons of CO2 per year while providing an enhanced guest experience with shade and shelter from direct sunlight, rain and snow…

The solar canopy plant will also contribute to Disneyland Paris’s ongoing environmental strategy, aiming for a significant reduction in GHG emissions and a full decarbonization of the energy supply. This is one of six focus areas put in place by the company, in addition to moving toward sustainable waste management including reduced use of plastics, preserving water resources with for example a wastewater treatment plant, developing a responsible supply chain, preserving and fostering biodiversity, and supporting global actions to preserve the environment for future generations.

The project is expected to be completed in 2023. Check out the video below for even more information: 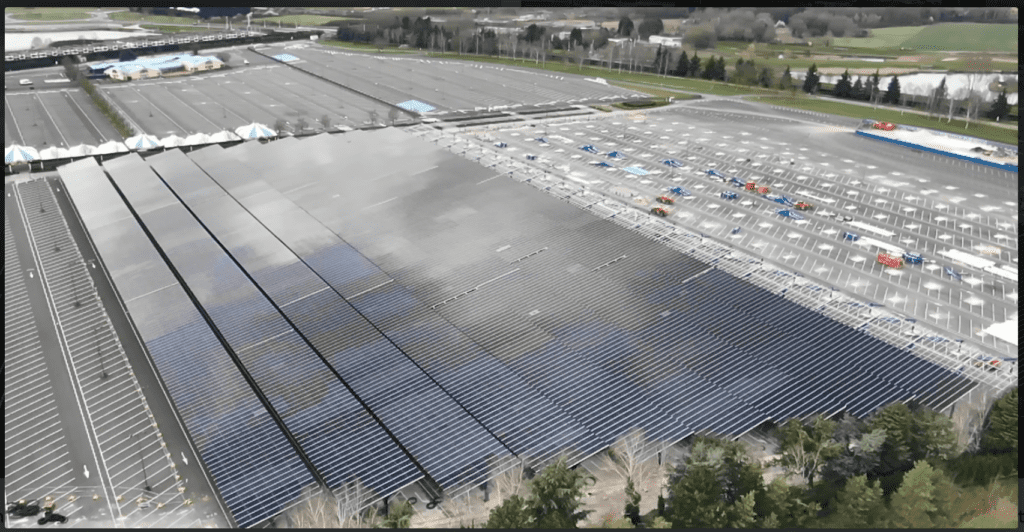 Let’s take these projected numbers, and think about them in comparison to the parking lots found at the Walt Disney World.

According to D23, EPCOT alone plays host to 11,391 paved parking spaces for cars are available over 141 acres. On top of that, the Walt Disney World Resort in Orlando, Florida, experiences far more sunlight throughout the year than Disneyland Paris. This reporter will let his readers’ imaginations run with the possible electricity outputs.

But another reason canopied car parks would make sense is the heat shielding effect the panels would have for Disney World Guests. Guests and their vehicles will be kept out of the blistering Florida sun throughout the day.

The only foreseeable issue would revolve around the installation. How could Disney World install the canopies without disrupting the constant flow of traffic of Guests into the Park?

Disneyland Paris is gearing up to begin its 30th Anniversary Celebration.