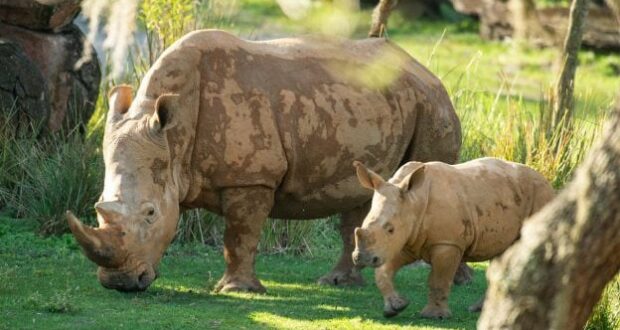 It has been an incredible year for the rhino breeding and conservation programs at Disney’s Animal Kingdom! With the most recent White Rhino birth, the park has now seen three new rhinos born over the past 13 months. Depending on the species of rhino, the animal ranges from extinct in the wild to near threatened, so breeding programs like Disney’s and others supported by the AZA (Association of Zoos and Aquarium) are instrumental in supporting the further success of these animals.

At Disney’s Animal Kingdom, Mylo, a Southern White Rhino, was born on September 8, 2021. (Since then, another rhino has also been born at Animal Kingdom!) Since his birthday, Mylo has gained just about 100 pounds! This adorable new addition to Disney’s Animal Kingdom now weighs in at 288 pounds, and he is very healthy still spending some time backstage bonding with his mom.

As for rhinos Guests can see onstage at Disney’s Animal Kingdom, Mylo’s half-brother Ranger is already out on the savanna. Born last fall, Ranger is just about one year old now, and he joined the savanna when he was four months old.

Arrivals on the savanna are very individualized based on the unique needs of each animal, however we do typically see rhino calves joining the herd by the time they are about four months old (so we will keep you updated as to when you may be able to spot Mylo on your next ride aboard Kilimanjaro Safaris.) 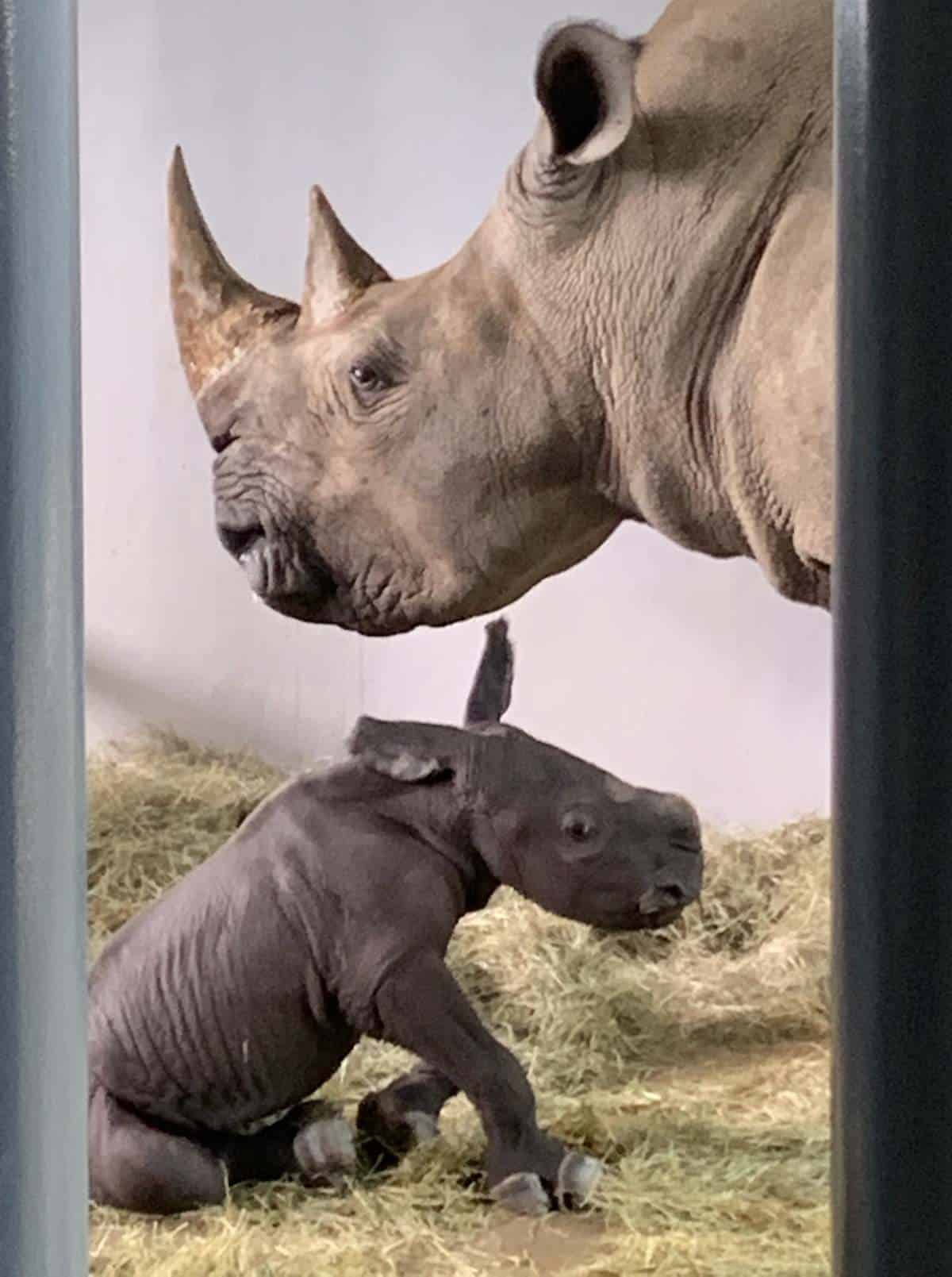 Programs like the Disney Worldwide Conservation Fund and responsible breeding strategies have helped bring some species of rhino back from near extinction in the wild, and we are thrilled to see these initiatives continue at Disney’s Animal Kingdom. Don’t forget, you can support causes like these by donating to the Disney Worldwide Conservation Fund- It’s as easy as rounding up your change or donating the amount of your choice at any quick service or merchandise location in Disney’s Animal Kingdom, Animal Kingdom Lodge, or The Seas with Nemo & Friends in EPCOT. Disney will also match every donation and cover all of the fund’s overhead costs.