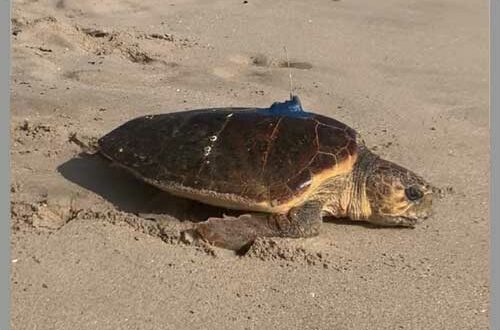 Disney Conservation participates in the annual “Tour de Turtle,” which follows loggerhead sea turtles in a “race” around the world! The program supports sea turtle conservation initiatives and provides valuable data for researchers hoping to learn more about these incredible creatures. 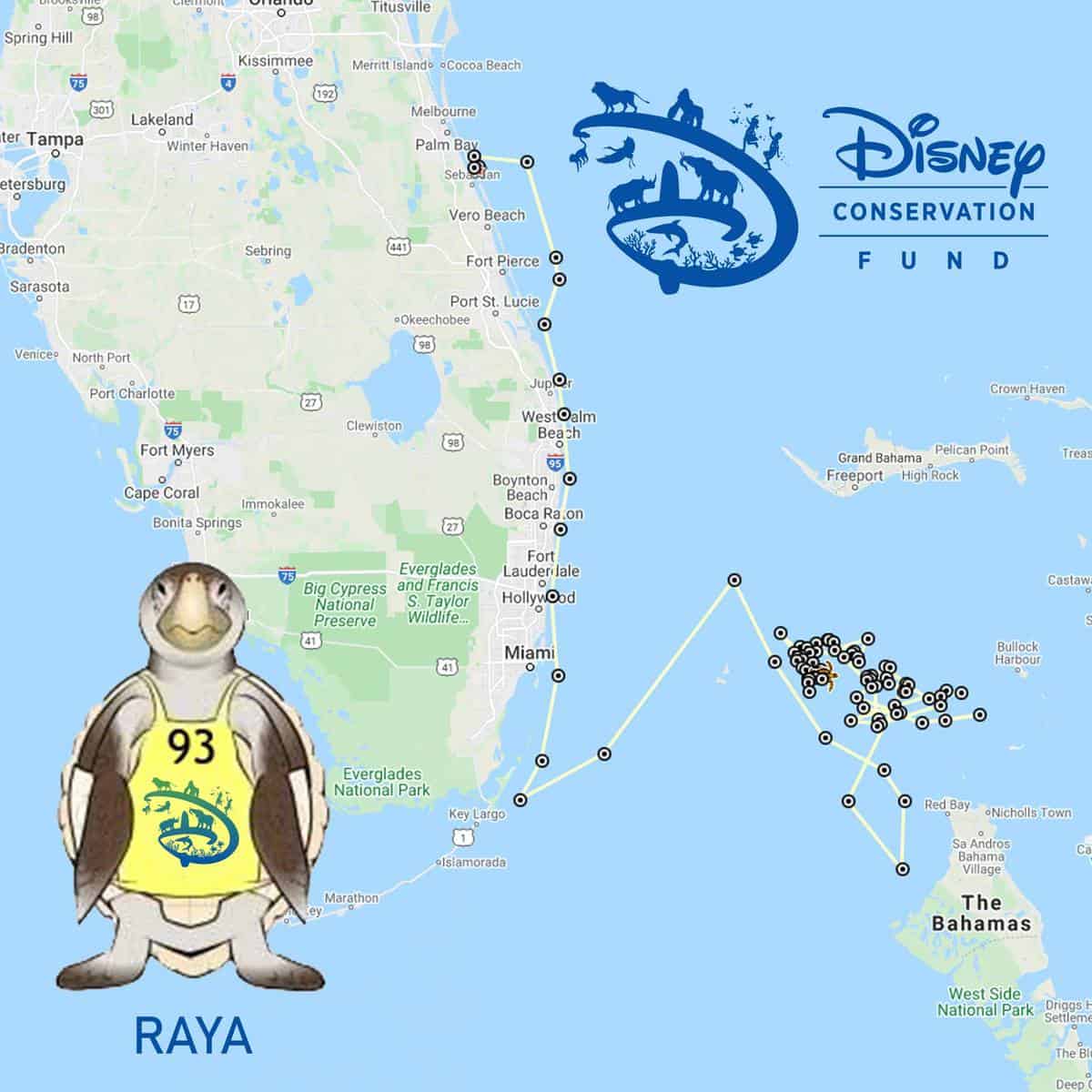 During this year’s Tour de Turtles, loggerhead sea turtle Raya swam nearly 1,000 miles to reach her foraging ground in the Caribbean. Along the way, researchers studying Raya and her travels were able to to learn about the various outside forces that impact the turtles’ natural habitat, particularly the very important issue of artificial light pollution that can have a negative effect on sea turtles’ orientation around their nesting beaches.

The Tour de Turtles is managed Sea Turtle Conservancy and is supported by a number of sponsors including the Walt Disney Company, Tarte Cosmetics, Atlantis: Paradise Island, Graft Cider, Four Seasons and many more. The research conducted during this annual event is done by Florida Leatherbacks Inc., the University of Central Florida Turtle Research Program, and The Nevis Turtle Group.

Each year, the Tour de Turtles kicks off August 1, with trackers placed upon individual sea turtles as they leave their nesting grounds and head out for their “race.” For those on land, Tour de Turtles provides a fun competition for seeing which turtle can log the most miles and see exactly where their migrations take them.

If you happened to have stayed at Disney’s Vero Beach Resort, you may have seen turtles nesting firsthand. The beaches the resort sits on are some of the most important habitats for turtle nesting in the western hemisphere. As a result, all three species of threatened or endangered sea turtles can be found nesting there (loggerheads, greens, and leatherbacks.) Guests staying at the resort may even spot hatchlings emerging and heading toward the sea. 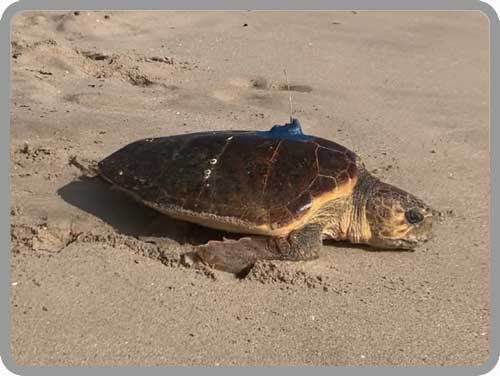 You can help Disney Conservation programs and the Sea Turtle Conservancy by raising awareness of this important cause, and supporting funds if you are able to. Programs within the Disney Worldwide Conservation Fund work with the Sea Turtle Conservancy and other non-profit organizations focused on ocean life, and donating to the fund is easy. Simply visit any gift shop or quick service restaurant and make a donation at the register at Disney’s Animal Kingdom, Animal Kingdom Lodge, The Seas with Nemo & Friends in EPCOT, or Disney’s Vero Beach Resort.