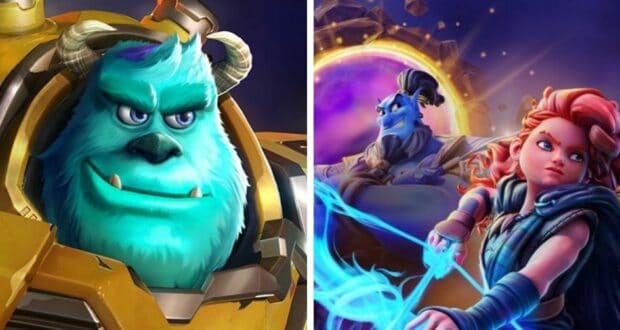 If you love Disney characters and love seeing them in games like the classic Kingdom Hearts series, then you might want to try this new Disney role-playing game! Disney and mobile game developer Kabam have announced the Disney Mirrorverse release date, and this team-based action role-playing game looks as exciting as its name sounds!

A new trailer has also been released, revealing which Disney characters are appearing in the game. Take a look at the trailer below!

Prepare to enter… the Mirrorverse ?

Instead of traditional Disney characters, each Disney character or Pixar character (such as Maleficent, Sulley, and the Genie) is a different, more ethereal and multidimensional version of himself or herself. Monsters, Inc.‘s Sulley will be wearing “power armor crafted out of materials from the movie’s Scare Floor”.

We can see from the trailer that Disney princess Belle from Beauty and the Beast (1991) is also a character that players can use! 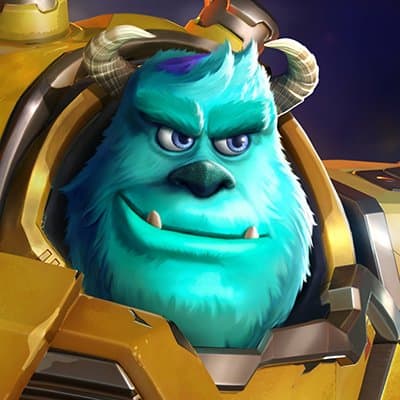 Like other Kabam games, Disney Multiverse will include a campaign and story quest for players to follow during gameplay, with a team of characters that can fight in real-time or fight automatically, and there will also be plenty of opportunities for multiplayer gameplay, quests, and alliances.

New content and new characters are expected to be released monthly, but there are already at least 40 Disney or Pixar characters ready for battle!

“The goal really is to give our players characters that resonate with them,” Mark Raham, the Executive Producer on Disney Mirrorverse for Kabam, told ComicBook.com. “And Disney’s this wonderful, broad, global beloved brand. We want to make sure there’s something in there for our players that they really resonate with. So, you’ll see for sure the Elsas and the Jack Sparrows and sort of the franchise blockbuster characters.”

Fans of Frozen movies or the Pirates of the Caribbean movies (or Captain Jack Sparrow) will be pleased to hear that particular news about the popular Disney Mirrorverse figures in the new mobile game!

Raham also added that players will “also see some dark horse picks that we know resonate with our audience. So, Scrooge McDuck is one. He hasn’t been in a movie for a while, but we talked to our players. They grew up watching DuckTales, like, ‘Scrooge is the man.’ So, there are choices like that that once you understand kind of the depth and the breadth of what Disney means to people and the way that we can bring that out in our game, it really has kind of helped guide us in trying to give people an amazing experience that really resonates with who they are now, as well as who they were when they were kids.”

Disney Mirrorverse will launch on June 23 for iOS and Android mobile devices through the App Store and Google Play. Are you going to play this mobile game from Disney, or do you prefer Disney’s Sorcerer Arena mobile game?

This Disney mobile game will also be perfect for Marvel fans who have been enjoying the concept of a multiverse in the newest additions to the Marvel Cinematic Universe (especially in the upcoming Marvel movie Doctor Strange in the Multiverse of Madness) or fans of previous Kabam games!