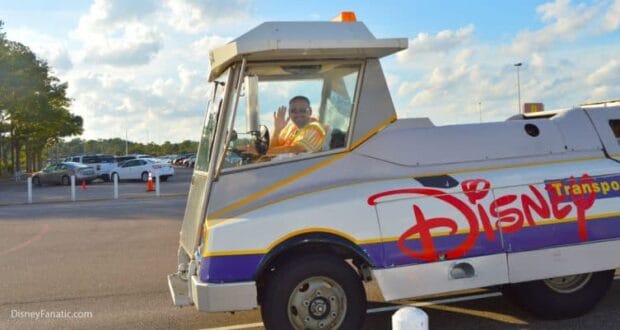 If you’re among the Disney Guests who have found the lack of parking trams in Walt Disney World to be inconvenient, or perhaps even immensely frustrating, then you’re in luck! Disney has just announced that “parking trams will be returning to Magic Kingdom Park later this month and other Walt Disney World theme parks throughout 2022”! Disney shared the news with a cheerful video in the Tweet below, showing Cast Members who operate the trams and instructing them “to spread a little holiday cheer” since they are now “clear” to do so.

Driver you are clear…to spread a little holiday cheer! Parking trams will be returning to Magic Kingdom Park later this month and other Walt Disney World theme parks throughout 2022!✨ pic.twitter.com/KpJyBZfTBu

Since Disney Guests are often tired after a day or night at the Disney Parks (and are often burdened by the bags that they’re carrying, items that they’ve purchased, or children that they’re escorting), it makes sense that there have been many discontented visitors while the parking trams have been out of action. The trams did not return when Disney reopened after being closed due to the ongoing COVID-19 pandemic, which has left Disney World Guests with no options besides long walks, early mornings to get the parking spots that are closest to the Park entrances, or paying for preferred parking. Learning that the oh-so-convenient parking trams are coming back this December in the Magic Kingdom, and that they’ll be back on a more universal scale next year in Walt Disney World Resort, will therefore give many Disney fanatics some extra holiday cheer! 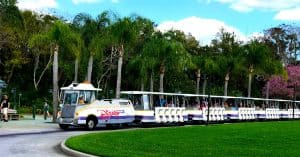 Even if you don’t typically mind a long walk to enter a Disney Park, and you don’t have lots of children or items to bring with you along the way, the additional holiday cheer from the parking trams’ return might just be because you find that riding them is fun! Have you been missing the parking trams on your recent visits to Walt Disney World? Are you happy to hear that they’re coming back? 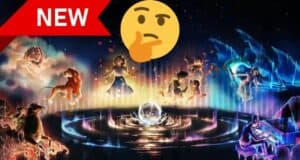