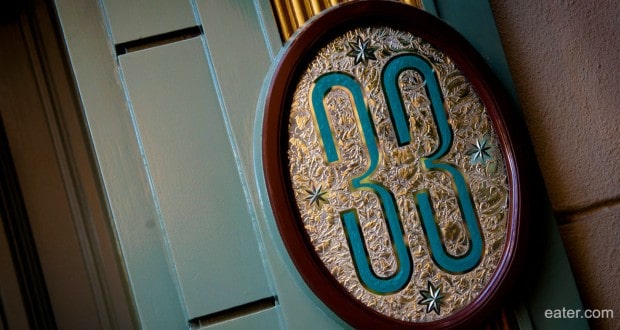 Did you know that there’s an ultra-secret, exclusive club at two of Disney’s parks? Celebrities, persons of wealth and other captains of industry are among its members. So, what is required to join? We’ll tell you all about it!

Club 33 is a private and exclusive five star restaurant in Disneyland. It has been discretely located in the heart of the New Orleans Square on “33 Royal Street”. In fact, you have probably walked past the entrance many times without even knowing it was there!

14. Right Under Your Nose

Although the address is known, the entrance has historically been hidden in plain sight and designated by an address plate ornately engraved with the number “33”.

13. A Meeting Place For VIPs

This exclusive club was originally intended for use by Disneyland’s Corporate sponsors and other industry VIPs when it opened May, 1967.

The origin of the name itself remains a bit of a mystery. Officially, Club 33 derives its name from its address on Royal Street. Others believe it was the number of original corporate sponsors of Disneyland.

How much does it cost? According to online resources, corporate members pay an initiation fee of $40,000. Individual members pay $25,000 to join. This fee is in addition to annual dues, which are about $10-15,000. Initiation and dues may change annually.

9. What Are The Perks

In addition to dinner at the club, members receive complimentary access to the Disney parks, early admission,valet parking, six FastPasses a day, joining the skipper in the wheelhouse on the Mark Twain, and passage on the Presidential car, Lillie Belle.

Recently, Club 33 has had a top-to-bottom makeover. Members were treated to the reopening in July, 2014. To enter Club 33, in the past, a member pressed a buzzer on an intercom concealed by a hidden panel in the doorway. A voice asked for the name over the intercom and, if it was on the secret list, the door opened into a small, ornate lobby. Now the original door will remain where it is, but the actual entrance will be through what is currently the tiny gift shop, which previously sold Christmas ornaments, directly across from the crystal shop.  Inside the entrance, there is a hostess who greets members and guests and escorts them into the beautifully re-designed Court of Angels.

Club 33 is known for it’s locations at Disneyland and Toyko Disneyland. However, it was recently announced that Club 33 will be coming to Walt Disney World very soon. There is discussion that instead of one location, there will be four lounges– one in each park.

A new Executive Chef Andrew Sutton will preside over the exclusive dining experience, offering a menu with the distinctive New Orleans flair. Entree prices range from $25 to $40.

Two of the highlights of the Club are the main dining room “ La Grand Salon” and jazz lounge dubbed “Salon Nouveau”. The Salon boasts views of New Orleans Square and the Rivers of America.

Mickey Mouse himself is sure to don his tux and make an appearance on a regular basis.

A second Club 33 is located in Tokyo Disneyland. The club is located on Center Street of World Bazaar, Toyko Disney’s version of Main Street U.S. A.

Disneyland guests participating in the “Walk In Walt’s Footsteps” tour are provided entrance to the lobby of Club 33. The tour guide will provide a brief history of the club and explain some of the artifacts in the lobby. The tour members may be photographed in the lift, but are not allowed access to the upstairs area.

IF you happen to know somebody with a Club 33 membership, you may be included on the guest list and some day be dining with celebrities. But, if not, consider yourself privileged to be among those millions of people who come to one of the Disney Parks each year – NO MEMBERSHIP REQUIRED!