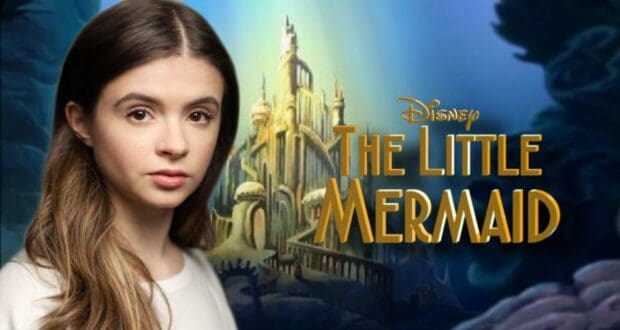 The DisInsider reported today that Emily Coates known for her role as Sister Iris in the hit Netflix series Cursed will be joining the live-action cast of The Little Mermaid.

According to The DisInsider, not a lot of information is known yet about her role for the production overall, “Details on her role are being kept under wraps, but according to sources, the roles is likely for Ursula’s human form, Vanessa, however that has yet to be confirmed.”

Right now we know that the cast will include, “Melissa McCarthy as the villainous Sea Witch Ursula, Javier Bardem as King Triton, Jacob Tremblay as Flounder, Daveed Diggs as Sebastian, and Awkwafina as Scuttle.” The main characters will be played by Halle Bailey as Ariel, and Jonah Hauer-King as Prince Eric.

The DisInsider states that, “Filming is expected to start production in November/Early December at Pinewood Studios in London. The film was just days away from filming back in March until the COVID-19 outbreak caused the studio to close production, sending the cast and crew back home. Filming was expected to resume this Summer but was pushed to accommodate McCarthy’s filming on the Hulu limited series, Nine Perfect Strangers.”

We look forward to learning more about this live-action film production as we get closer to the end of the year.